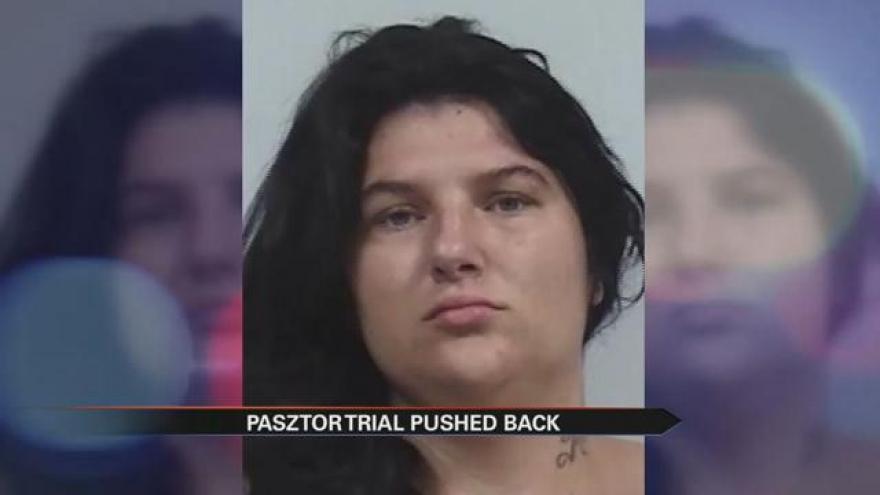 Is Amber Pasztor competent enough to stand trial? It's still to be determined.

Pasztor, the mother accused of suffocating and killing her two children back in September, was back inside the Elkhart County Courtroom Thursday morning.

The court appearance was for the court to determine whether or not she was competent enough to stand trial.

But after two competency exams done by psychologists, the court ruled they were inconclusive and ordered a third exam.

Based on the results once the third exam is completed, either a trial date will be set, or Pasztor will be committed to a state run mental health facility.

This is only one of the many obstacles that continue to delay the start of the trial.

All new information revealed Thursday, also show there has been a motion filed to seal the records.

This move was agreed upon by both the prosecution and defense attorneys.

All agree they want to keep some things private, because if not, they fear it will make finding a jury more difficult.

"We joined the motion to seal, because the flood of information," explains Vicki Becker, Elkhart County Prosecutor. "The juvenile court released information such as mental health information, investigatory records. Things that absolutely are prohibited from being released."

Mental health records, police records, and DCS files were released to the public.

"There are some major issues here, and unfortunately there's a statue that's crafted in child abuse and neglect death cases, that is intended to protect those privacy interests, due process rights, investigatory records, and those kinds of things," adds Becker.

It could make the case even more complicated and time-consuming.

"If this case does go to trial, it will take a significant amount of time to select a jury," she says. "We have to make sure we have a fair and impartial jury."

Becker also said it is not uncommon for a person to have three competency exams, but added that she has never had to deal with a case where so much information has been revealed.

She believes it's offensive.

Elkhart County will have a hearing on whether the records will be sealed on April 25.