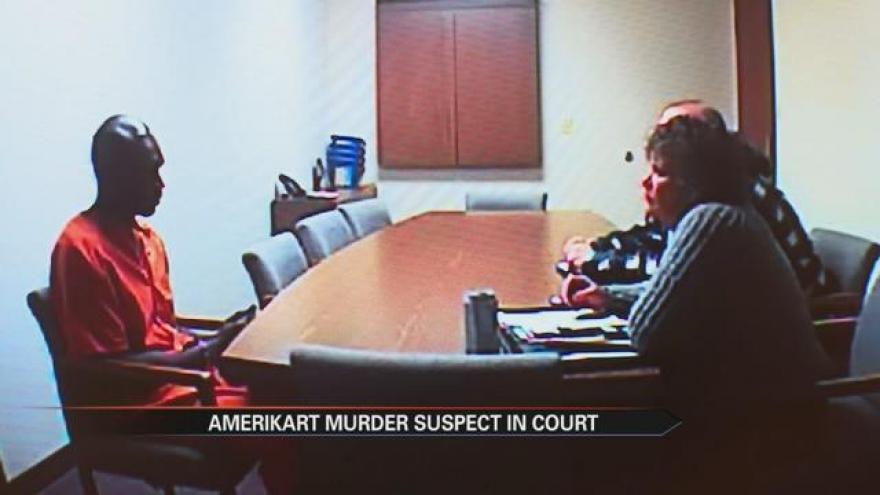 The man accused of killing his coworker at their Cass County workplace listened to his own taped confession in court Wednesday.

“It was just a regular day, like always,” William Henderson said, in a recorded interview with investigators that was played before a judge Wednesday afternoon.

It was a regular overnight shift at the Ameri-Kart plant in Mason Township on January 11, until Henderson said his coworker, Jan Mendez, began bumping into him and getting his fingers caught in equipment.

“And he’d swing the hammer really friggin’ close to my face,” Henderson told investigators. “And I warned him, like, please don’t do that. You know, like, you’re getting real close with the hammer bro. Back up.”

Problems at work quickly escalated, when Henderson went outside for a smoke break with Mendez and another friend.

“Were you contemplating what to do?” an investigator asks Henderson in the tape.

“What were you thinking about?” the investigator asks.

“I was just gonna try to stab him and then throw him in the dumpster,” Henderson says.

He said he told himself he had to ‘kill or be killed’ because he said they were in opposing gangs.

“Then I pulled out my knife and cleaned out underneath my nails,” Henderson said. “And I kind of replayed what [Mendez] said in my head, like, what would my grandpa do? What would he say? And what would my mom think?”

“Once I jabbed it in the first time, I just couldn’t stop,” he told investigators.

He told police he thought it was the best way to regain his family’s respect, which he felt he had lost.

He also said it was a response to voices he’s been hearing.

“I can’t really describe them,” Henderson said, in the video. “Some of them sound like me and then other times they might sound like a female or cartoon characters…[it’s] something I’ve been dealing with recently, pretty heavily. When I was younger I used to be really depressed.”

Mendez died at the scene.

“This is just blood spatter all over the floor here, next to where the body was located,” a Cass County Sheriff’s Department investigator said in court Wednesday, referencing a picture of the crime scene.

Henderson is now headed to circuit court, where he faces a charge of open murder.

A Cass County judge ruled Wednesday there is probable cause to pursue a case against him.

“Our job is to pursue justice in this matter,” Cass County Prosecutor Victor Fitz said. “And that’s what this prosecutor’s office intends to do.”

Henderson did not say anything during Wednesday’s hearing. He did not even watch the video as it was played.

Unless Henderson changes his ‘not guilty’ plea in the next two months, he’ll likely be heading to trial.