American hostage begs for his release 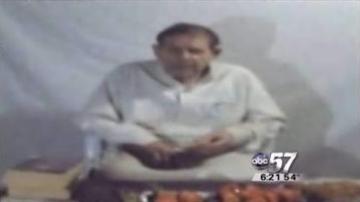 70-year-old Warren Weinstein was kidnapped last year from his home in Pakistan.

He worked for a private company that deals with international aid issues.

The demands in the tape aren't clear, but the White House said there will be no negotiating with Al Queda.

Right now, it is unclear when the video was made, but some believe that the tape was released to coincide with the arraignment of five 9/11 conspirators.