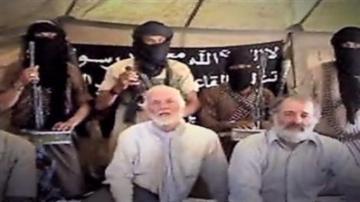 ALGERIA — Five American hostages have escaped from their kidnappers in Algeria.

Officials say as many as 35 hostages from France, England, Norway and Japan were captured and are being held in the middle of the Sahara Desert at a compound owned by BP Oil.

Eight were said to be Americans and Thursday night, five of them are free.

The Secretary of Defense said the situation is tense and there are a few reported casualties.

A former Canadian "UN Diplomat in Africa" was held hostage by the man who they believe is behind this kidnapping.

"I was afraid for my life when I woke up in the morning, and when I went to sleep at night. He's a very serious player," said Robert Fowler, former UN diplomat in Africa.

Officials said that the mastermind behind this is a rogue Alqeada leader who also runs an African organized crime network collecting tens of millions of dollars in ransoms from kidnapping.