And the final DWTS contestant is... 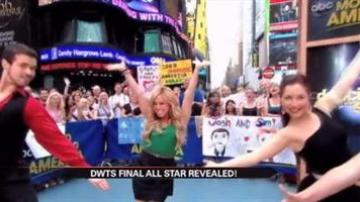 ABC -- For weeks, fans have been voting on who will get the final spot on the newest season of the popular reality series Dancing with the Stars.

Viewers had a choice between Carson Pressley, Kyle Massey and Sabrina Bryan.

And ABC announced on Monday who will be the joining the other All-Stars.

That final spot goes to Sabrina.