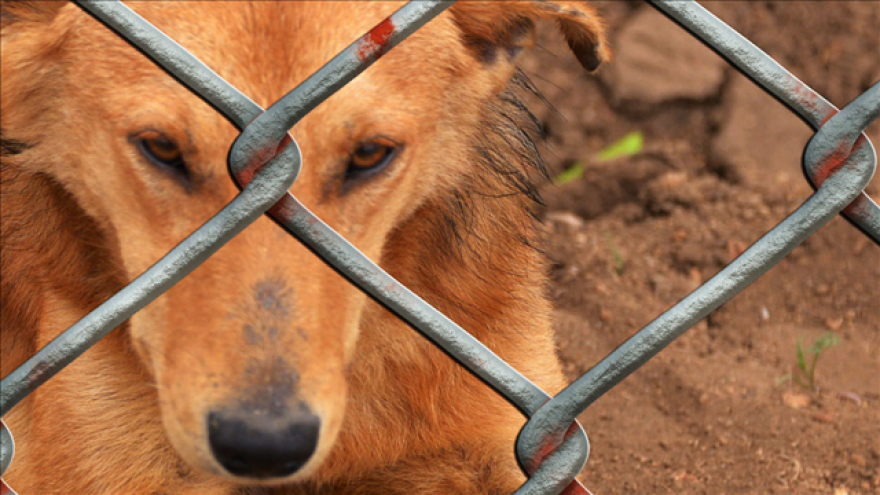 Scottsdale, Arizona -- The latest spot to be hit with swastika graffiti is an animal sanctuary in the Arizona desert.

Staffers at Southwest Wildlife Conservation Center, northeast of Scottsdale, found a swastika spray-painted in their driveway on Sunday, along with other markings on signs and fences.

"The swastika was the scariest part," director Linda Searles said.

Many of the signs were spray-painted with the letters "DXE."

"I'd never heard of DXE. It's an animal rights group. I didn't know if we were targeted by them, or if someone else has a grudge against us and is using them as a front," Searles said.

Tuesday, a representative for the organization Direct Action Everywhere, which uses the letters "DXE," says someone else is using their name.

"This is in no way linked to anyone we know, and it goes against our values," he said.

If another animal activist is behind the vandalism, Searles things they must misunderstand the center's mission.

They take in injured or abandoned wildlife, rehab most of them, and return them to the wild, if possible.

While our crew was there, a badger came in, with a broken leg from being hit by a car.

Paint covers solar panels, lights, and fences, in addition to the center's signs.

They're still getting repair estimates, but the director expects to spend over $2,000 to clean things up.

It's money she would rather spend rehabilitating wildlife.

The Maricopa County Sheriff's Office gathered evidence and assigned a detective to the case.

Southwest Wildlife is offering a $1,000 reward for information leading to an arrest.