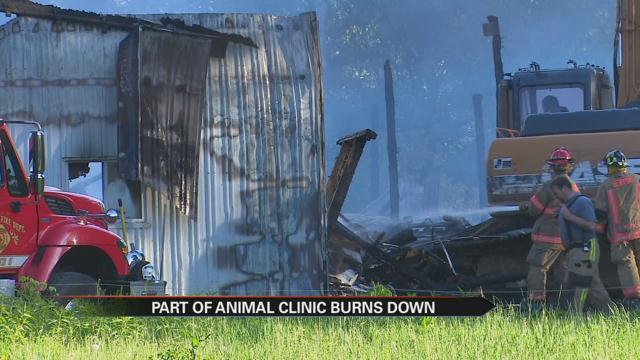 Several animals died in a barn fire Wednesday at a property owned by an Lakeland Animal Clinic on SR 13.

One dog, 8 cats and approximately 35 chickens died in the fire, according to Turkey Creek Fire Territory Chief Mickey Scott.

The fire destroyed the barn and the apartment within the barn.

The Kosciusko County Fire Investigation Team Squad 70 is investigating the cause of the fire.

Chief Scott said the barn contained hay and that may have acted as a fuel source, which caused the fire to spread quickly.