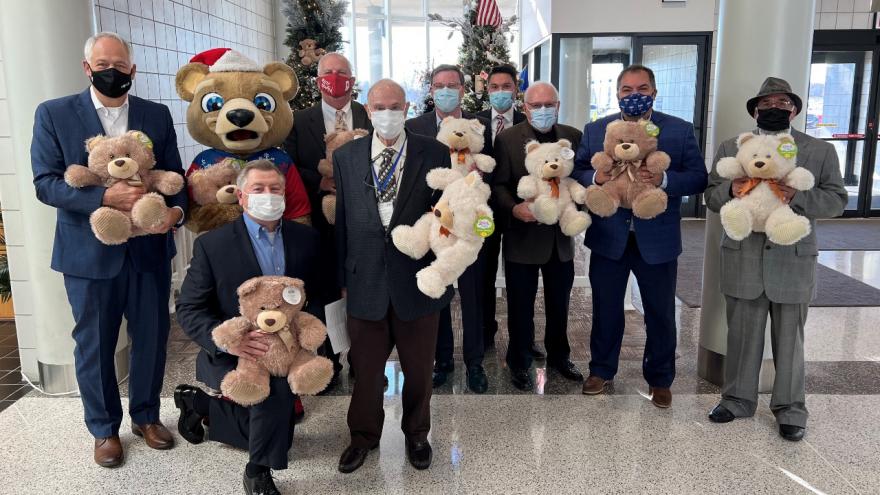 While the program itself doesn’t officially kick off until December 3, celebrations began early when ten community stakeholders, including Mayor James Mueller and board members with the St. Joseph County Airport Authority, donated the first bears to the program.

This year’s Bears in the Air will officially begin with a reception inside the program’s new location in the airport on Friday.

The event is open to anyone ages 21 and older and includes a night of food, drinks, music, and door prizes.

The $25 per guest entry fee will provide a teddy bear to a child in an area hospital.

“We are thrilled to be able to celebrate our tenth anniversary in person and in a hangar. Thanks to the support and generosity from our community, Bears in the Air has continued to grow,” said SBN’s CEO & Executive Director Mike Daigle. “In the past nine years, 12,634 teddy bears have been provided to children in area hospitals and $61,600 to the Veteran’s Center in downtown South Bend.”

Anyone who can’t attend the reception can click here to donate to the program through December 17.