Another chance to see the Perseid meteor shower 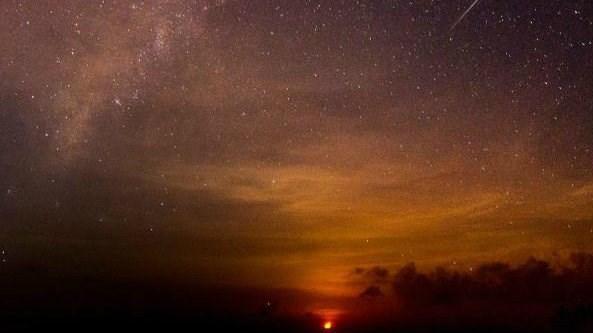 (CNN)  This summer's brightest meteor shower has another hurrah.

The Perseid meteor shower peaks August 11, 12 and 13 throughout various regions across the Northern Hemisphere.

Not only are the Perseids filled with bright and fast meteors, this year there's an even greater chance to see more shooting stars.

The annual meteor shower is going through an outburst, which means sky watchers can view more meteors that usual, according to NASA astronomers. This year, the Perseids are slated to produce nearly double the amount of meteors than normal.

Although the best time to view the light show was early morning on August 12, viewers have another chance to spot these brilliant shooting stars Friday and into the weekend.

The best way to photograph the Perseids is with a camera, lens and tripod. Below are some helpful tips from Sky and Telescope.

Avoid light pollution: Go somewhere truly dark to escape light pollution. That might mean driving to a nearby park or a more rural area. You can use the Atlas of Night Sky Brightness to find the best, darkest spots.

Photography gear: A wide-angle lens tends to yield the best meteor shower results. A tripod is helpful because you'll probably have to wait a while to capture that perfect shooting star.

Camera settings: Make sure to set your focus on manual so that you can focus on the brightest star or planet in the sky. For the most breathtaking meteor shower photos, set your camera to exposure mode.

Where to aim: This may sound silly, but aim your camera straight up  this is generally the darkest part of the sky.

Take lots of photos: Don't wait for a shooting star to appear because chances are it will be gone by the time you photograph it. Taking a lot of photos increases your chances of capturing one or two shooting stars.

If you're not interested in astrophotography or venturing outside, you can still enjoy the Perseids from the comfort of your own couch. NASA is streaming the meteor shower starting at 10 p.m. ET on Ustream on the evenings of August 12 and 13.