Another stock market record: Longest S&P 500 run without a 3% slump 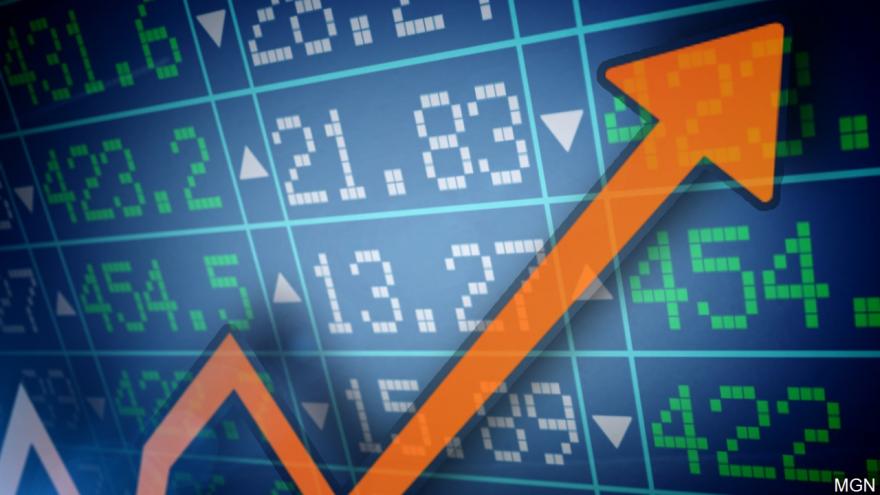 (CNN Money) -- 1. Record calm on Wall Street: The most incredible part of the post-election stock market rally is how peaceful it's been.

While the Trump era has brought enormous turbulence to Washington, that volatility has been missing on Wall Street.

In fact, the S&P 500 hasn't fallen 3% from a previous high point (over one day or several days) since the slump that ended on November 4, 2016, four days prior to the election.

That 388-day stretch is the longest the S&P 500 has ever gone without a 3% or more retreat, according to Bespoke Investment Group. (It's 18 days longer than the previous record, which was set in 1995.)

It's a remarkable achievement. The S&P 500 is up a ton since the 3%-decline streak started -- 25% to be exact. It's also surprising because investors famously hate uncertainty, and that's exactly what President Trump's unpredictability brings. And yet the VIX volatility index touched an all-time low on Friday.

This steady grind higher on Wall Street has been driven by strong economic growth at home and overseas as well as optimism over Trump's plan to slash corporate taxes. Taxes will be back on the agenda this week on Capitol Hill. (Tune in Tuesday night at 9 p.m. ET for a CNN Town Hall Debate on taxes.)

So what could puncture this record-long period of tranquility for Wall Street?

One possible trigger would be the failure to enact tax cuts. Goldman Sachs recently warned that the S&P 500 could tumble by 5% if tax cuts aren't enacted.

A vote on the Senate tax bill could come as early as this week. The Senate legislation would save many big companies a ton of money by permanently slashing the corporate tax rate in 2019 from 35% to 20%. The question is whether the heavy cost of those tax cuts will cause deficit hawks like Republican Senators Bob Corker and Jeff Flake to oppose the plan.

If the legislation gets through the Senate, it will have to be reconciled with the bill the House passed earlier this month and that process could be messy.

Still, many analysts think tax cuts will get done by the middle of next year.

Goldman Sachs predicts that tax cuts will lift corporate profits by 14% next year, carrying the S&P 500 to 2850. That's about 9% above current levels.

"We see corporate tax cuts as likely, and little is priced into stocks," UBS wrote.

2. Powell's confirmation hearing: The Senate Banking committee is scheduled to hold a confirmation hearing on Tuesday for Jerome Powell, President Trump's nominee to lead the Federal Reserve after Janet Yellen steps down next year. Once confirmed, Powell will become the first investment banker to head the Fed, as well as the first non-economist to take the helm in decades.

Related: Powell would be the first investment banker to chair the Fed

Powell has worked with Yellen on a daily basis for years, so he's not likely to make any major shifts in monetary policy. But he may loosen regulations set in place after the financial crisis. Though Powell largely supports Dodd-Frank, the sweeping set of reforms instituted after the crisis to make banks healthier, he has argued against the Volcker Rule, a provision of the act meant to prevent banks from making risky bets.

Powell may shed some light on his plan, as well as offer insight into his views on the economy and when the Fed may raise rates, on Tuesday. Yellen herself goes before the U.S. Joint Economic Committee on Wednesday to answer lawmakers' questions about the economic outlook.

3. OPEC meeting: On Thursday, OPEC will meet in Vienna to discuss whether to extend production cuts. They're set to expire in March 2018.

There are signs that the market is finally coming into balance, with the giant supply glut easing at long last. OPEC said in September that its coalition recorded its highest level of compliance to date in August.

Oil has been rising steadily this fall, and prices hit a two-and-a-half-year high on Wednesday following an oil spill that shut down the Keystone pipeline. But crude oil prices remain modest compared with the $100 prices of three years ago.

4. Tiffany and Kroger report earnings: Tiffany is set to report its third quarter earnings on Wednesday. The jeweler has tried to lure Millennial shoppers with a new luxury home and accessories collection and its first in-store cafe. Investors may want to hear whether those efforts have started to bring young people into stores.

Kroger plans on sharing its earnings news on Thursday. Last quarter, the grocery chain reported sluggish sales growth and a slight drop in profits, sending its stock down on fears that Kroger will lose the grocery war to Amazon and Walmart. We'll see what it has to say this week.

5. Cyber Monday: Black Friday was all about digital sales. American shoppers spent a record $5 billion in 24 hours -- a 16.9% increase in dollars spent online compared with Black Friday 2016, according to data from Adobe Digital Insights, which tracks online spending at America's 100 largest retail websites.

Monday could be an even bigger day for online shopping. Adobe expects Cyber Monday to bring in as much as $6 billion this year. Amazon, Walmart and Target will offer shoppers big savings starting on Sunday.