Another vacant house goes up in flames in S.B.; 3rd in 24 hours 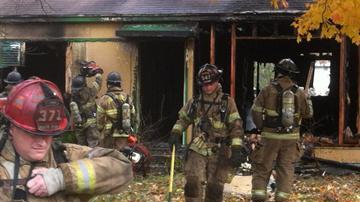 The fire broke out on the 2900 block on West Dunham Street. Witnesses reported seeing flames coming from the home. No one lives at the home.

ABC 57's Jason Aubry is on his way to the scene to investigate and see if there is a link between any of these fires.