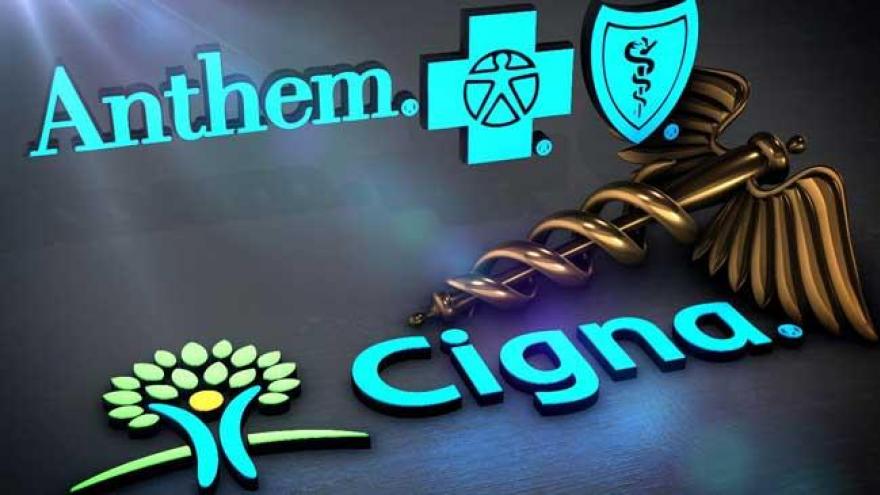 A federal judge in D.C. made the decision Wednesday, saying it would violate antitrust law for the second- and third-largest health insurers in the U.S. to combine.

The deal, valued at $54 billion when it was announced in 2015, would make the combined company the largest health care provider in the nation.

But if the merger plans fall through, Anthem will owe Cigna a $1.85 billion breakup fee, according to the terms of their agreement.

Anthem is determined to ensure Wednesday's decision isn't the final word on the issue. The company said in a statement Thursday that it "promptly intends to file a notice of appeal and request an expedited hearing."

Anthem added that the deal "was approved by over 99% of the votes cast by the shareholders of both companies."

Cigna said in a statement posted early Thursday that it "intends to carefully review the opinion and evaluate its options."

Anthem has argued that the deal would save health insurance customers over $2 billion in medical costs because Cigna customers will be able to access discounts that Anthem is able to offer its customers.

In the order issued Wednesday, Washington D.C. District Court Judge Amy Berman Jackson wrote that Cigna may not be able to offer steeper discounts, but it seeks to keep its customers healthier.

"Cigna has sought to differentiate itself with its approach towards reducing costs by increasing health," the judge wrote. "For this reason, some customers prefer Cigna notwithstanding its discount disadvantage, and there was some testimony from medical personnel that the approach is working."

Anthem's bid to take over Cigna was first announced in 2015. The deal was immediately criticized by regulators and some in the industry concerned it would hike health care prices for Americans.

Wednesday's decision to halt the merger is the second roadblock a federal judge has put up for an attempted health care merger since the beginning of the year. Aetna's plans to takeover Humana for $37 billion was frozen by a federal judge last month.