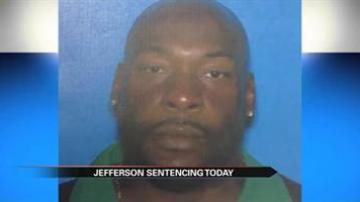 Anthony "Bones" Jefferson of Rock Island, Illinois, pleaded guilty to 1 count of robbery and 2 counts of criminal confinement in April.

Prosecutors say the charges stem from 2 incidents dating back to last September.

The 6'8'' Jefferson admitted to carjacking and kidnapping a woman and her 11-year old son, then forcing her to hand over $200 from her bank account and her cell phone.

Both of these crimes happened within a day of a double shooting on the 600 block of North Brookfield Street in South Bend that left one man dead, 34-year old Jason Reid, and wounded another, 32-year old Tyreece Walker.

The 43-year old is already slated to serve 8 years in prison after being convicted of criminal recklessness for his role in that shooting.

He was sentenced to an additional 10 years on Wednesday, for a total of 18 years in prison.