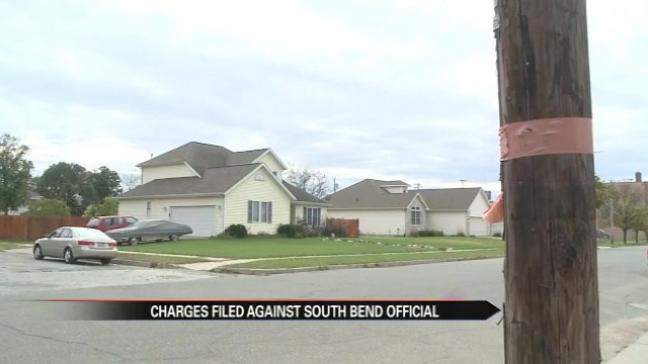 Police arrested South Bend anti-violence advocate Isaac Hunt after receiving reports of a domestic dispute between him and his wife.

It happened late Friday night on the 100 block of E. Broadway Avenue.

According to St. Joseph County Sheriff's deputies, Hunt is being charged with 3 separate offenses, including domestic battery, intimidation and possession of a firearm as a violent felon.

Hunt is a representative of the South Bend Group Violence Intervention program, a nearly 30-person group of community leaders and city officials with one common goal in mind; to make South Bend a safer place by reducing gun violence.

SBGVI spokesperson Lt. Dominic Zultanski released the following statement to ABC 57 in regards to Hunt's arrest: "We support the Hunt family, as we would any family in our community, in finding personal, private, and peaceful solutions to conflicts. The mission of South Bend Group Violence Intervention is all-encompassing, including help when appropriate, and consequences when necessary. That mission transcends any individual, and SBGVI advocates appropriate legal accountability in any allegation of violent crime. Our commitment is, and always will be, to take a comprehensive approach to reducing violence throughout our community. SBGVI's focus remains steadfast on helping South Bend become a safer community."

"I don't know what happened, but Mr. Hunt is a good man, I mean, you don't find many people like him anymore," said Hunt's neighbor Tim Ottbridge.

Ottbridge says he has lived across the street from Hunt for over a decade, and in that time, he says he's gotten to know the kind of man that Hunt really is.

"He helps all of the young men out, like the ones who are getting into trouble," said Ottbridge. "He tries to keep them out of jail, he helps them get back into society and working, that's Isaac."

Hunt is no stranger to legal issues. According to the Indiana Department of Corrections website, Hunt spent some time in prison in the 1990s for voluntary manslaughter.

"That's 20-something years ago," says Ottbridge. "He a new man now, he's changed his life around. You can't just let one little thing that happens destroy him."