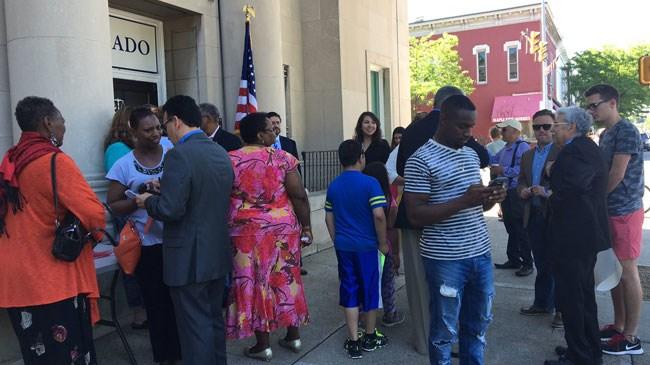 Michiana community leaders gathered in front of the Merino Law Firm in Goshen on Monday morning for a press conference about recent statements Donald Trump made against a judge who is an Indiana native with Mexican heritage.

“We’re building a wall, he’s a Mexican. We’re building a wall between here and Mexico, the answer is he is giving us very unfair rulings, rulings that people can’t even believe, this case should have ended years ago on summary judgment,” said Trump in a recent interview with CNN.

Over the weekend, the presumptive GOP nominee continued to stand by his comments that Curiel is biased because of his Mexican heritage.

Curiel was born in Indiana.

Monday morning, Lynn Coleman, candidate for Congress in Indiana’s second district, along with Latino and African American leaders from Michiana gathered in front of the Law Firm of Felipe Merino, a Latino immigration attorney for a press conference.

U.S. Representative for Congress Jackie Walorski spoke out against Trump's statements over the weekend.

In a statement to our reporting partners at the Elkhart Truth, Walorski says, “Questioning a judge’s impartiality based on his ethnicity is not only inappropriate, it has no place in American society."