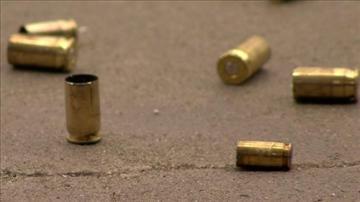 SOUTH BEND, Ind. -- Members of the new anti-violence commission held a roundtable discussion Tuesday to discuss ways to end gun violence in South Bend. The commission is focusing on proactive steps they can take to reduce crime.

According to South Bend Police Chief Ron Teachman, they are going to identify the problem groups or individuals, bring them in to talk to police, offer them resources to get them off the criminal path and give them consequences for opting out.

Now the commission has to figure out what resources they can offer.

"We will make it very clear to them that what they're doing is deeply hurting this community, that their actions are intolerable, but that going forward they have a choice,” said Teachman.

The choice is this: use the resources offered to resist a life of crime or suffer the consequences.

"This commission is about identifying the gun violence and indentifying those few offenders who are committing it, or likely to commit it, and dealing with them specifically,” said Teachman.

St Joseph County Prosecutor Michael Dvorak is one of 30 leaders on the new commission.

He says he's not quitting his day job, but wants to help develop some new strategies.

"What are the alternatives, what can we do to motivate you not to use a gun?” said Dvorak.

Another aspect is education: teaching kids the harsh consequences if they chose the wrong path.

"I want to look for some solutions to keep them from getting in my office in the first place,” said David Carpp, US Attorney for Northern Indiana.

Chief Teachman says the commission plans to use data and police leads to set up its strategies.

"I'm not saying we expect to eliminate it all, but we know we can dramatically reduce it if we adhere to the model that's been used in other cities,” said Teachman.

The mayor says the time is now. He says South Bend can't wait for the economy to pick up or for a solution to poverty to fix the problem.

The commission will meet quarterly to talk about its progress to make do its part to make sure this summer's crime numbers are lower than 2012.