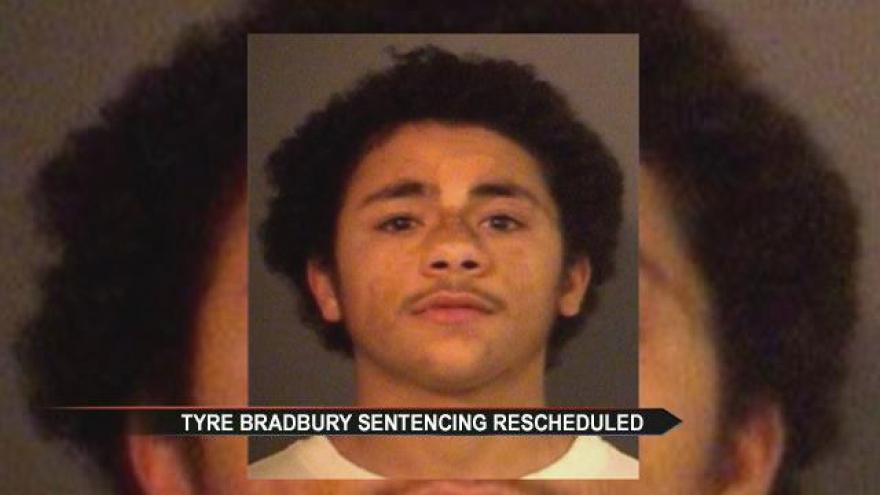 The Indiana Court of Appeals has upheld Tyre Bradbury's conviction and sentence for the murder of John Swoveland, but reduced his sentence from 90 years to 60.

The decision was released on Monday.

Bradbury's attorney raised several issues, but the court of appeals found there were no issues with most of the challenges raised.

However, the court of appeals did find an issue with Bradbury's sentence.

He was sentenced to 45 years in prison on the accessory to murder charge, which was the statutory minimum. His sentence was subject to the gang enhancement, which doubled his sentence to 90 years.

While the appeals court found Bradbury's sentence was within statutory limits, they found his sentence was constitutionally disproportionate to the nature of the offense and the sentences of the other people involved.

The appeals court concluded the 45 year sentence for murder was appropriate, but directed the gang enhancement to be set at 15 years.

Bradbury's sentence was reversed and the court will resentence Bradbury to 60 years.

On April 8, 2014, a fight broke out between several young men at Coquillard Park in South Bend. The following day, Bradbury, Robert Griffin and several others returned to the park.

Bradbury gave Griffin a handgun and a shotgun to another companion. When they encountered Larry Bobbit, Griffin and Tarez Buchanan fired shots at Bobbit.

Bobbit was not struck by any of the bullets, but 2-year-old John Swoveland, who was playing in the front yard of a house 390 yards away, was shot and killed.

Seven people were charged in the case.

Bradbury was sentenced to 45 years in prison for murder as an accessory and 45 years for the gang enhancement.

Bradbury's attorney alleged the court should have granted his motion to suppress the interrogation recordings because his statements were coerced.

The appeals court ruled Monday Bradbury's statements were not coerced.

Bradbury had alleged because the officer told him if he went to prison he would likely be sexually assaulted, his statement was coerced. The court found the statement, while not condoned, did not amount to coercion.

The court stated Bradbury was interrogated during three separate sessions with lengthy breaks between the sessions and his mother was present the entire time.

For the allegations the court erred during jury instructions, the court waived the issue. A trial court can only be reversed if the court abuses its discretion by misstating the law or misleading the jury, according to the ruling.

In addition, during trial, Bradbury's attorney initially didn't raise an objection, but later stated there were concerns. When given the opportunity to dictate objections, his attorney declined.

Was there sufficient evidence

Bradbury's attorney questioned whether there was sufficient evidence to uphold his conviction.

The appeals court found because the intent was to kill Bobbit, Bradbury's conviction was "based in part on the doctrine of transferred intent." Because Bradbury intended for Bobbit to be killed, the intent is transferred to the person who was actually killed, John Swoveland.

Bradbury's attorney alleges the state failed to prove he was part of a gang during trial.

During trial, the state submitted numerous photos of Bradbury flashing the gesture for those affiliated with the Evil Side gang.

During the interrogation, Bradbury admitted to being affiliated with Evil Side.

The appeals court found there was sufficient evidence presented for the jury to conclude Bradbury was a member of a criminal gang and participated in Swoveland's murder in affiliation with a gang.

Bradbury was 15-years-old when John Swoveland was murdered. He alleges he should have been charged as a juvenile.

The appeals court says the trial court declined to sentence Bradbury as a juvenile because of the heinous nature of the offense, Bradbury's record, the fact he was on probation at the time and the fact he did not benefit from several juvenile justice rehabilitation programs.

The appeals court ruled it could not find there was an abuse of discretion.