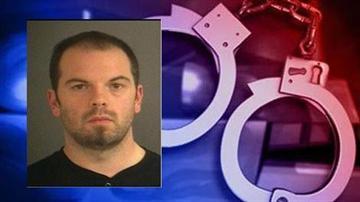 SOUTH BEND, Ind. -- A former St. Joseph County election official who was convicted of nine counts of forgery and one count of falsely making a petition of nomination successfully appealed his conviction.

The Indiana Court of Appeals vacated 8 counts of forgery and one count of falsely making a petition of nomination.

Dustin Blythe appealed his conviction alleging the judge should not have allowed the state to amend the charging information right before closing arguments.

He also appealed on the grounds the evidence did not support more than one count of forgery. The final count, falsely making a petition of nomination was appealed because it was a lesser included offense of forgery.

In a decision posted Tuesday morning, the appellate court found the trial court did not err in allowing the state to amend the charges.

The appellate court also determined that even though each forgery count represented a different falsified signature, they all were part of the same intent to defraud.

The appellate court ruled convictions on counts 2 through 10 should be vacated.

The case will be remanded to the trial court for resentencing on the one remaining count of forgery.

In the original case, Blythe was sentenced to four years for each count of forgery and eighteen months for the falsely making a petition of nomination charge. The judge ordered the sentences to be served concurrently and suspended the sentences. He was placed on probation for two years and ordered to serve one year at DuComb Center.