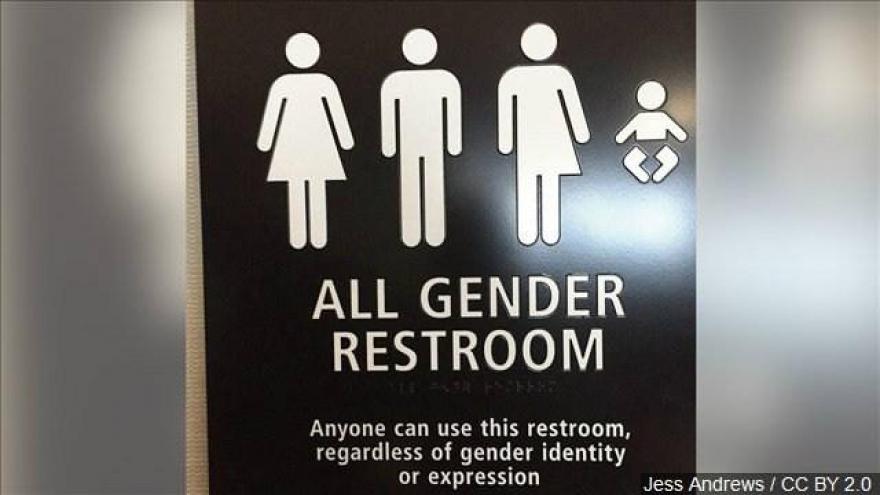 NEW YORK (CNNMoney) -- Silicon Valley is drawing a line in the sand on transgender rights.

Several big tech companies are joining a legal brief supporting transgender rights ahead of a Supreme Court case on the issue next month. The case may decide whether schools can prevent transgender students from using bathrooms that correspond with their gender identity.

Apple, Yelp and lending startup Affirm are signing on to an amicus brief spearheaded by Human Rights Campaign, an LGBT organization, according to reps for the companies.

Microsoft, PayPal, IBM, Salesforce and Box are also signing on, according to a source familiar with the brief. More may sign on, as the deadline to join is 8 p.m. ET, according to the source.

The brief is expected to be filed by March 2, according to Christina Ra, a spokeswoman for Affirm.

Axios was first to report the news.

"We support efforts toward greater acceptance, not less, and we strongly believe that transgender students should be treated as equals," Apple said in a statement Thursday about the policy change. "We disagree with any effort to limit or rescind their rights and protections."

Many of these companies also pushed back against Trump's travel ban last month by signing on to an amicus brief. The transgender issue could turn into the second high-profile clash with tech in the opening days of the new administration.

The tech industry also pushed back against a controversial North Carolina law last year that banned transgender individuals from using public bathrooms for the gender with which they identify. However, that outspokenness took place under the Obama administration, which also opposed the bathroom law.

Tech companies continue to face pressure from progressive employees and customers to push back against Trump's most controversial policies. But they must now balance that with the need to work with the administration on key issues like tax reform and regulations.