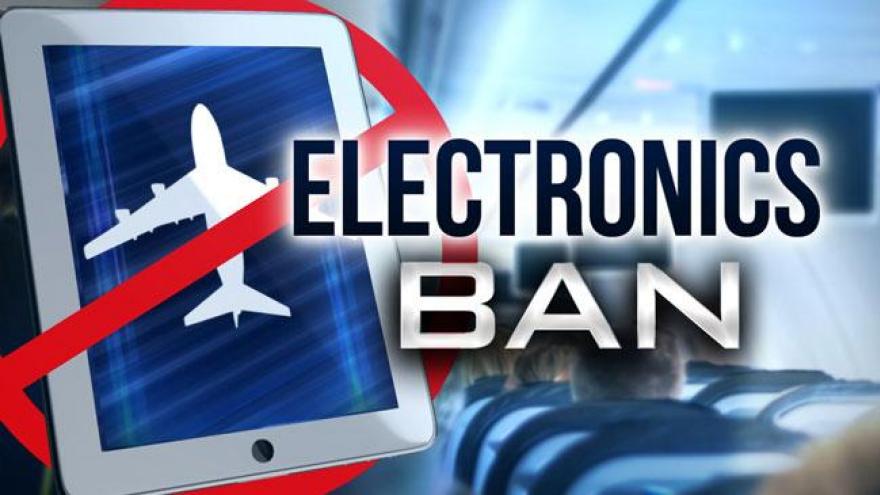 WASHINGTON (CNN) -- Intelligence obtained in recent weeks found that an al Qaeda affiliate was perfecting techniques for hiding explosives in batteries and battery compartments of electronic devices, according to a US official.

The discovery that al Qaeda in the Arabian Peninsula was looking to exploit batteries and their compartments in laptops and other commercial electronic devices led the United States and United Kingdom to ban devices larger than a cellphone from certain flights, the US official told CNN.

A US official told CNN that intelligence shows growing capability from ISIS, al Qaeda in Syria and al Shabaab as well AQAP.

It is not fully clear to what extent these groups are sharing specific information, but "there is a growing pool of intelligence all pointing to threats to aviation" the official said.

However, the officials said that ISIS is believed not to be as advanced in perfecting techniques for hiding explosives in electronics as AQAP.

The new security restrictions, announced Tuesday, require airlines based in the Middle East and North Africa to prevent people flying from eight countries from bringing any device bigger than a smartphone aboard their aircraft. Instead, those electronics need to be stored in the cargo hold.

The bans involve some of the widest-reaching aviation security measures taken since the terrorist attacks on September 11, 2001.

The US ban will affect more than 50 flights a day from 10 airports in the mainly Muslim countries, including major hubs such as Dubai and Istanbul, according to senior administration officials. The nine airlines affected were notified of the procedures by the United States at 3 a.m. ET Tuesday and must comply within 96 hours.

The UK ban affects six countries, including two not on the US list: Tunisia and Lebanon.

Top international carriers -- such as Emirates Airline, Qatar Airways, British Airways and Turkish Airlines -- are among those that will have to implement new restrictions.

In February 2016, a bomb hidden inside a laptop detonated aboard a Daallo Airlines flight out of Mogadishu, Somalia. The bomber was killed and a hole was blown in the side of the fuselage. The aircraft landed safely.

Not just a Trump decision

An aviation official informed CNN that he was told firsthand by an intelligence official that this electronics ban was not a "political move."

In fact, career employees are heavily involved in this decision, and this wasn't just a Trump administration decision, the aviation official said.

Under the new restrictions, the electronic devices -- many of which have lithium ion batteries -- will now be carried in the cargo deck of the airplane, underneath the passenger cabin.

Aviation safety experts and regulatory agencies have long warned that batteries shipped in bulk could cause a fire and spark a chain reaction that could bring down an aircraft. The International Civil Aviation Organization advised global regulators last year to ban bulk shipments of such batteries in the cargo holds of passenger jets.

Some airlines are still seeking clarity on the reasoning behind aspects of the ban, according to the official. For example: If there is an immediate threat to aviation security, why is DHS giving airlines 96 hours to comply with the ban instead of implementing it immediately?

But Rep. John Katko, R-New York, who has been briefed on the matter, said, "There's no question this is the right move."

Katko said the ban is based on credible new and existing intelligence. The congressman said the list of airports that fell under the ban were based on the intelligence community's assessment of the information.

As of Tuesday, Emirates, Etihad and Royal Air Maroc had announced the implementation of new rules limiting what electronic devices can be carried on flights to the United States and said it would start on Saturday.