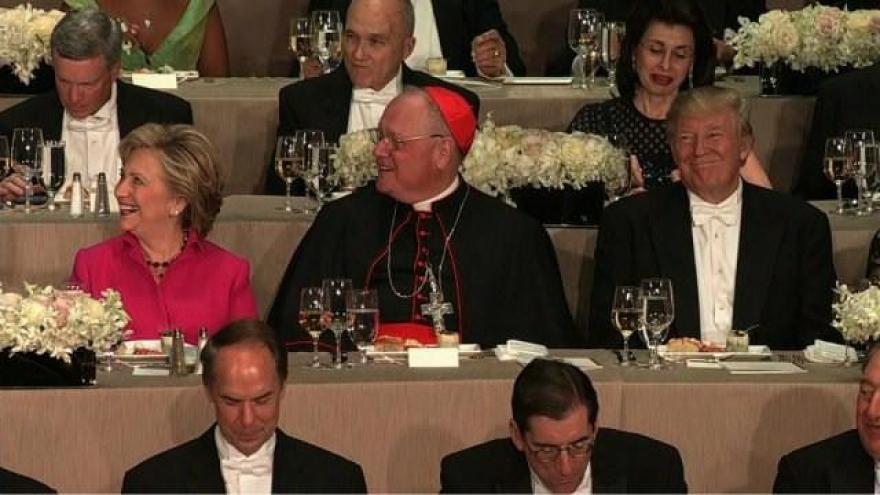 WASHINGTON (CNN) -- The day after a tense debate where the two leading presidential candidates did not even shake hands, Hillary Clinton and Donald Trump came together Thursday night to pray, Archbishop of New York Timothy Dolan said Friday.

"When we were going in, I said could we pray together as we were waiting to be announced, and after the prayer, Mr. Trump turned to Secretary Clinton and said, 'You know, you are one tough and talented woman,'" Dolan told NBC's "Today." "Then he said this has been a good experience, this whole campaign, as tough as it's been. And she said, 'Donald, no matter what happens, we need to work together afterwards.'"

"I think this is the evening at its best," he added.

Some of Trump's jibes drew boos from the crowd at the event known more friendly jokes than conflict.

Dolan sat between Trump and Clinton at the white-tie dinner at the Waldorf Astoria.

"I don't mind telling you I was kind of nervous going into it. You know the nature of the Al Smith dinner. It's to be an evening of unity and friendship and joy," he said.

Dolan said he was very moved by the two candidates attempts at unity during a very divided time in the country.