Are South Bend streets too dark? 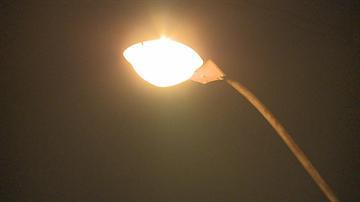 SOUTH BEND, Ind. – Police interviewed several witnesses on the scene of Thursday night’s shooting of a seven-year-old boy on the 1100-block of Madison Street.  But, many of the witnesses weren’t that helpful according to police.

"The amount of information they give is sketchy at best, again we have a vehicle, we don't know what type of vehicle,” explained Scott Ruszkowski on scene Thursday night.  “Then we have a person, but we don't really have much more information than that."

On Friday, police said they were looking for one suspect in the shooting but didn’t have a good description.  Many were left wondering if the lack of details from witnesses was due to the fact that Madison Street is so dimly lit at night.

"I think it probably was,” said Stephen Blanchette, who lives near the scene of the shooting.  “I mean, God, it's so dark that you can run and run and nobody will see you."

Blanchette looked out across the darkened street on Friday night and wondered if the shooter would’ve thought twice about firing into the home on Madison Street if the area had brighter lights.  He believes the current streetlights aren’t enough.

"They're not really lights, they're just these dim orange things,” Blanchette described.  “I think it would be better if there were lights that really lit the street up, it might make it a lot safer."

The current lights only illuminate the area immediately underneath them.  From just down the street it’s nearly impossible to give a detailed description of a car or person.

“They’re not illuminating at all, in fact I’m not even sure why they’re here,” Blanchette explained.  “Even the sidewalk itself is dark.”

Officials with the South Bend Department of Engineering explained that the city works with American Electric Power to install, maintain and operate the more than 9,000 streetlights in the city.  They also said that if enough residents in a neighborhood request additional lights, they do explore whether it’s possible to install more lights.

“I may look into that,” said Stephen Blanchette.  “Because we do need this place lit up, it’s become dangerous.”

Citizens can call or go online to request additional lights or to report lights that aren’t working.  More information can be found on the Street Department’s website: www.southbendin.gov/city/departments/street/traffic___lighting.asp