Are the tapes at the heart of police phone recording scandal safe? 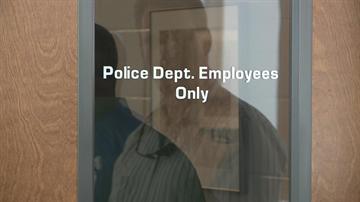 SOUTH BEND, Ind. – Are the tapes safe?  That’s the question common council members and community activists hoped to answer at a Monday afternoon tour of the office at the South Bend Police Department where the controversial recordings at the heart of the police tape recording scandal are being stored.

Questions about how the tapes are being stored were raised at an earlier meeting of the council and council members hoped a meeting where the public could tour the police department communications office would provide answers.  However, on Monday afternoon police officials would not allow the public into the office citing department policy and concerns about sensitive information in the communications office.  As a result, only common council members were allowed to tour the area where the tapes are being stored.

"What we see, from a council point, is some older antiquated equipment,” described District 1 Councilman Tim Scott.  “There are two hard drives recording and a DVD, the last thing we want to see is any type of failure."

Council members stated that their tour raised concerns about the budget allowed for improvements to police department communications and how recordings that could be vital to police operations are stored.

Council members and community activists questioned department officials about who has access to the room where the tapes involved in the recording scandal are stored.  According to officials, only the Director of Communications, Division Chiefs and the Chief of Police have keys to access the office.

District 6 Councilman Oliver Davis also toured the office and said he was concerned about the security of not only the tapes involved in the scandal, but any other recordings that could be essential in legal cases involving the police department.  He also said the council’s uncertainty about the department’s policy for handling recordings highlighted the need for Mayor Pete Buttigieg to inform the council about the police department’s policies for recording phone calls at the department, something he claimed the mayor’s office has not done despite repeated requests from the council.

"This 2013 budget shall not be passed until we clearly have this new equipment and the written commitments regarding the issue of protocol when it comes down to the procedures we’ve been asking of the administration," Davis explained.

Members of Citizens United for a Better Government, a community activist group that has demanded the release of the tapes involved in the recording scandal, were disappointed that they were not allowed in to tour the office and raised concerns about impact the storage conditions might have on an investigation into the scandal by the Department of Justice.

"I would hate for the justice department to come back and say they couldn't make out anything on those tapes,” said Samuel Brown, Chairman of Citizens United for a Better Government.  “This community would really go up."

Another security concern for common council members was that the tapes are not stored in a safe or in any manner that would protect them from a fire or other damage.  Division Chief Gary Horvath of the South Bend Police Department said that a fireproof safe had been ordered and would arrive in “the coming days.”