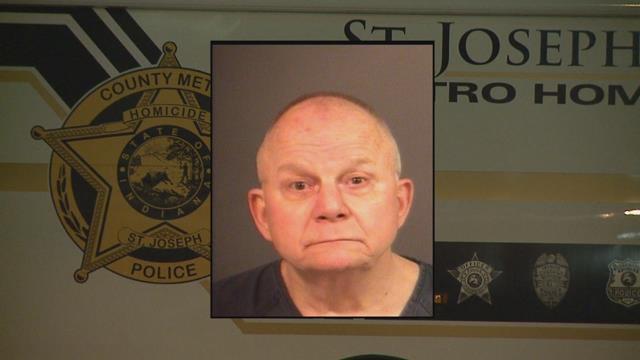 Sixty-nine year old Michael Young is set to appear at the St. Joseph County Courthouse at 1 p.m. for his arraignment.

The 69-year-old has allegedly admitted to shooting Flowers but he says he was surprised when the gun went off.

South Bend Police blocked off Main Street and Colfax after finding Flowers dead in the street on Tuesday night.

According to the probable cause affidavit, Young allegedly raised a gun to Flower’s face and pulled the trigger.

Witnesses say Young was following Flowers before he grabbed his backpack, spun him around, and shot him.

ABC 57 spoke with a bartender in the area.

He tells us Tuesday night’s incident wasn’t Young’s first confrontation with others:

“There were a few times he came in and was already a little drunk before he came in and he would get loud and belligerent, he did start a couple of situations with patrons at the bar, but never anything racially driven ever, just a little old, told me he was a Vietnam vet and he has PTSD.”

The bartender also describes an incident that led Young to being banned from the bar, just weeks ago:

“He started an argument with a former employee and we know the employee is not the type to go starting fights with old men so we told him, ‘hey look you know he was trying to sit at the guys table and we said there’s plenty of other tables just sit at a different table’ and that’s what he said to him also and he just flipped out, making threats towards the guy and everything so I separated him and told him, ‘hey look you can’t disrespect people like that, I went upstairs talked to the other guy by the time he came back down he had already been kicked out, for cussing at another bartender and that was  the last we saw of him.”