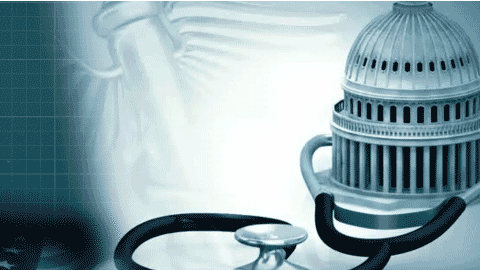 The following statements were issued by local organizations, legislators and candidates for office regarding the Supreme Court's ruling in King v. Burwell which upholds the Affordable Care Act.

Rep. Jackie Walorski (IN-02) issued the following statement:
“Today's ruling is disappointing, but that doesn't change the fact that Obamacare is a fundamentally flawed and broken law. Hoosiers will continue to face higher premiums and fewer choices. I am committed to fighting for healthcare solutions that give Hoosiers the access to affordable healthcare they deserve. ”

Senator Dan Coats (R-Ind) issued the following statement:
“I am deeply disappointed that the Supreme Court has decided in favor of the terribly flawed Obamacare law. Millions of Americans will now be forced to continue under a poorly-written and poorly-executed law that is not working for the overwhelming majority of Hoosiers. The law's continued unpopularity is testament to what it has meant for most American families – rising premiums, higher costs and decreased choices. It is now clear that it will take a new occupant of the White House to repeal and replace Obamacare. I will continue the fight to work on real health care solutions that lower costs, increase coverage and put patients in charge of their own health care decisions.”

U.S. Senate candidate Eric Holcomb released this statement:
“Those of us who feel that the Affordable Care Act was the wrong answer to a national problem just can't continue talking about what we're against; we now have to present what we're for. We need the federal government – the Congress and the president – to give states the flexibility to offer alternative solutions. That's what I will fight for in order to make America safer, stronger and freer for generations to come.”

Michigan Republican Party Chairman Ronna Romney McDaniel released the following statement:
“Michigan families need quality, affordable healthcare above all else, and time and time again, Obamacare has failed to provide that. The Court's decision today only underlines the importance of the upcoming election. We should all remember that before Obamacare, there was Hillarycare. If we ever want real solutions for the health of our families, we need to focus on electing a Republican President and strong Republican majorities in Congress in November 2016.”

Indiana Republican Party Chairman Jeff Cardwell released the following statement:
"Obamacare is an overreaching, big government mandate that's incredibly flawed and isn't working for the majority of Hoosiers," said Indiana Republican Party Chairman Jeff Cardwell. "In order to repeal and replace this law we need a Republican in the White House. While we must improve the cost and quality of our health care system, the focus should be centered on creating consumer-driven solutions that give patients more control over their own health care decisions."

John Zody, Chairman of the Indiana Democratic Party, released the following statement:
“Today, many Hoosiers can breathe easier knowing they will not lose the health care coverage they depend on each day. The Supreme Court's opinion on King v. Burwell reaffirms what we already know – commonsense ideas that improve the lives of everyday folks, including Hoosiers, will always win. The fact is, the Affordable Care Act solves many of the problems Hoosiers faced when they tried to obtain quality and affordable health insurance. Whether it was a preexisting condition, a person's age, or access to affordable prescription drugs, many families were one bad stroke of luck from crippling debt, bankruptcy, or worse. Fortunately, access to affordable healthcare will continue, and it's my hope that those who refused to give up the fight of denying coverage to those who need it will now come to the table to work on commonsense solutions that will unite and improve the lives of our hardworking American families. This includes Governor Pence – for he has wasted taxpayer money for over five years as a congressman and now as Indiana's governor fighting a law that's proven to be constitutional in the United States. Any other course of action now is simply unacceptable to Hoosiers.”

Albert Gutierrez, president and CEO of Saint Joseph Health System, released the following statement:
Saint Joseph Health System celebrates the decision of the Supreme Court of the United States to ensure that millions of Americans will continue to have access to affordable health insurance. Today's ruling affirms all the work we have done to transform our nation's health care delivery system. We believe that health care is a basic human right and maintaining access for all is both a moral and practical imperative. We have long held that the strength of our community is dependent on the health of each individual in it. Today's decision allows us to move forward as a health system, continuing to provide care for every man, woman and child who needs it.

Barbara Quandt, the Indiana State Director of the National Federation of Independent Business, released this statement:
"This is a law whose sole purpose was to allow for subsidized health insurance for some of the population at the expense of small businesses in Indiana. Although supporters of Obamacare have claimed that it would make health insurance more affordable for everyone, Hoosiers know firsthand that the federal exchange has failed both small business owners and the hard working people that they employ."

Doug Leonard, the President of the Indiana Hospital Association released this statement:
“Indiana hospitals are breathing a collective sigh of relief with today's U.S. Supreme Court ruling. Hundreds of thousands of our patients with moderate to lower incomes will continue to have access to tax credits and subsidies that make health coverage affordable. Our members look forward to continuing the statewide effort of connecting the uninsured with options through HIP 2.0 and the federal Marketplace. As more individuals gain the security of health coverage, Indiana will reap the benefits of a healthier workforce and population.”