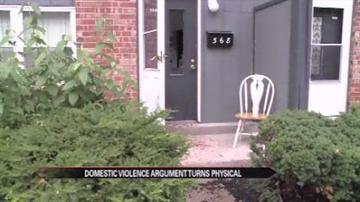 By the time police got there, neighbors say the woman ended up taking her boyfriend to the hospital.

That was after they got in a physical fight in the parking lot which ended with him punching through the apartment's front door glass window.

Police say the man was in surgery late Sunday morning and would likely be arrested following his stay in the hospital.