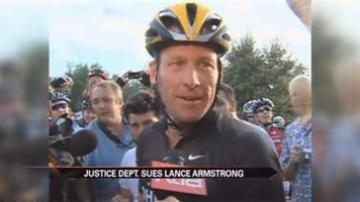 AUSTIN, Texas — Former cyclist Lance Armstrong is facing another legal battle after the Justice Department filed a case against him and his company, Tailwind Sports.

The government wants to get back some of the $40 million the U.S. Postal Service spent sponsoring Armstrong's cycling team for six years.

The suit claims Armstrong's use of forbidden drugs breached his contract with the U.S. Postal Service.

Under the false claims act, the government could get more than $100 million in damages.

Earlier this year, Armstrong admitted to using performance enhancing drugs during his time as a cyclist.