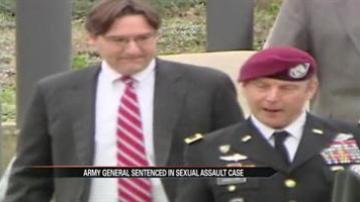 The army general charged with sexual assault will receive no jail time and no fine.

In his personal statement to the court, he appealed to the judge to think of his family, asking to be allowed to retire at a reduced rank without losing the benefits he earned during his career.

"The government's picture was you know, what you do when your case falls apart and you got nothing else to talk about," said Defense Attorney Richard Scheff.

Sinclair was accused of sexually assaulting a female Army captain.

Those charges were dropped as part of a plea deal reached over the weekend.