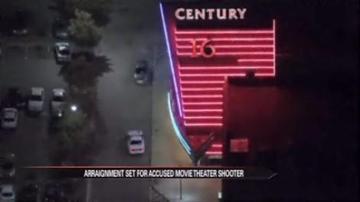 CENTENNIAL, Colo. -- An arraignment date has been set for the man accused of killing 12 people in a Colorado movie theater.

The decision comes after a judge ruled there is enough evidence to send the case to trial.

Prosecutors spent three days proving their case in a preliminary hearing this week. That hearing shed new light on how prosecutors say James Holmes planned for and carried out the massacre in July

"So far the court has yesterday ruled that there is probable cause as you know to hold these charges and to hold the defendant for these charges for trial," said George Brockler, District Attorney.

Holmes is charged with 166 counts in the shooting that left 12 people dead and 58 injured by gunfire.

His arraignment is set for March 12th.