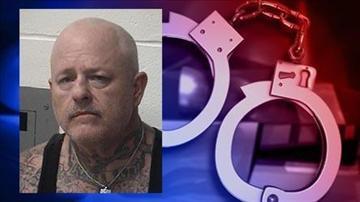 A Scottsburg man was arrested in Louisiana Tuesday on a warrant from LaPorte County for felony murder.

Hodge was incarcerated for life on a double murder conviction.

The ISP says information they received led to the arrest of 52-year-old Paul D. Stucker in Gretna Louisiana on Tuesday morning.

Stucker was an inmate at the Michigan City prison at the time of Hodge’s murder.

Stucker is in a Louisiana jail awaiting extradition to Indiana.