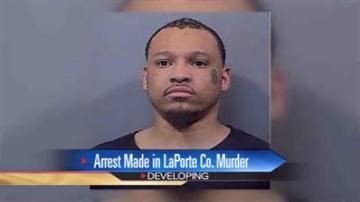 LA PORTE COUNTY, Ind. — Police have made an arrest in the murder of a La Porte County woman.  Officials said Cadereo Jester, 26,  was found and arrested in Gary in connection with the July 2011 murder of Christine Arnold.

In December, Arnold's father issued a $5,000 reward for information regarding the case.

In July 2011, Arnold was found dead in her car at the Ivanhoe Nature Conservancy property in Gary.