Arrest made in murder of Francisco Guzman 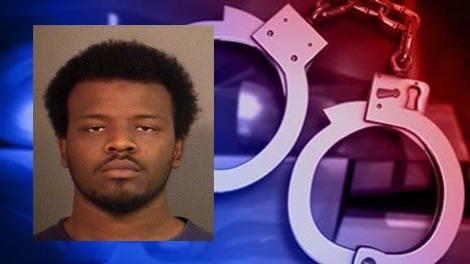 St. Joseph County Police have made an arrest in the August 2014 murder of Francisco Javier Guzman.

Arremone Tobar, who is facing one count of murder, told police he was paid to kill Guzman.

According to the probable cause affidavit, on August 3, 2014, South Bend Police responded to the area because of an alert by ShotSpotter.

When officers arrived to the 4400 block of W. Huron Circle, they found Guzman suffering a gunshot wound.

He was taken to the hospital and pronounced deceased.

According to witnesses, Guzman was in the basement when someone knocked loudly on the door.

Guzman opened the door and there were two men on the other side of the screen door.

The men allegedly asked if he was Guzman, then began shooting when he said ‘yes.’

Guzman shut the wooden front door, but the men continued firing through it, according to the probable cause affidavit.

Inside, Guzman fell to the ground.

One of the witnesses identified Davion Smith as one of the men who shot at Guzman, according to the affidavit.

Smith was identified as the man who was wearing a green hat when the shooting happened, according to the affidavit.

Smith spoke with detectives on Tuesday and allegedly acknowledged he and Tobar had been involved in Guzman’s murder.

He said Tobar picked him up that night and they went to Guzman’s to commit a robbery. He said when Guzman opened the door, Tobar began shooting him. Smith said when he fled the scene, his green hat fell off, according to the affidavit.

On Wednesday, Tobar was interviewed. He allegedly told detectives he went to Guzman’s house to kill him and said he and Smith were paid to do it.

Tobar said he split the payment for killing Guzman with Smith, according to the affidavit.