Arrest made in violent assault 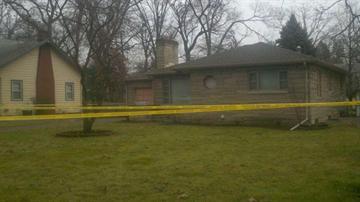 SOUTH BEND, Ind. – South Bend Police have made an arrest in the early morning attack on a woman living on Wilber Street.

Police say a 16-year-old boy who lives across the street from the victim has been taken into custody.

According to police, the victim called 911 around 7:20 a.m. to report the assault.

When they arrived she was critical but she was stabilized at the hospital and taken into surgery.

"It appears she was struck with an object. There's a possibility that she may have been, received some puncture wounds as well. Don't know if that was from a knife or some other item," said Lieutenant Scott Hanley of the South Bend Police Department.

Police said she may have been sexually assaulted.

John Connaughton lives down the street from where the assault happened.

Connaughton was on his way to the bank when he saw all the police cars.

"I got back from the bank and saw the crime scene tape and homicide truck and I knew something was bad - a bad thing had happened," said Connaughton.

Even police said it was unusual for the neighborhood.

"We've got nothing even remotely close to a crime that's been committed that we know of in this block," said Hanley.

The suspect will be in court December 20th.