Arrests made in Texas murders 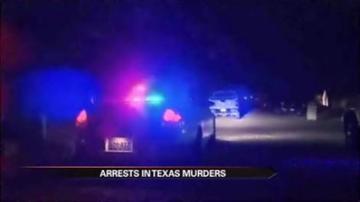 TEXAS -- An arrest has been made in the recent murders of two attorneys in Texas.

Detectives say the murders of the Kaufman County district attorney, his wife and prosecutor may be tied to a family with a grudge.

Wednesday, a woman was arrested and charged with capital murder.

She and her husband are both behind bars.

He is a former justice of the peace. He was prosecuted by both for stealing computer monitors.

"Heart goes out to all the families. Especially the people who work at the courthouse," said Eric Williams, wife charged with murder

Kim Williams is being held on a $10-million bond and authorities are expected to reveal more Thursday.