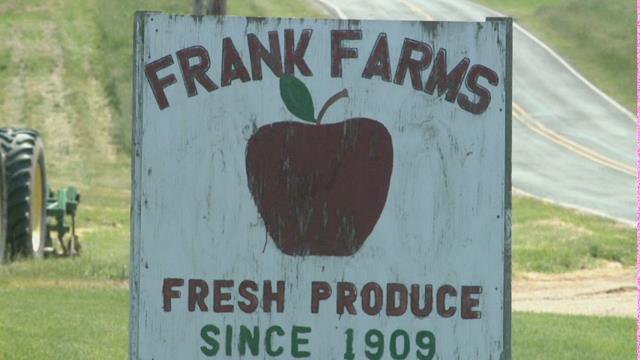 Michigan is ranked third largest in the nation in terms of asparagus production, according to the state's Ag. Council.

Frank Farms is a farm in Berrien County that has been around since 1909. They have been in the "U-pick business" for around 50 years.

Throughout the last few years they have seen a bigger push for "farm to table" business and are working closer with the consumer.

“People know that we're their friend. We're the ones out here doing all the work. Instead of just shipping it out to chain stores and things like that, we're doing more retail sales, farm market sales, and basically being closer to the consumer,” said Steven Frank, owner of Frank Farms.

They have been picking the crop for about a month and will continue until about the first week of June. In the northern part of the state, picking will end in late June.

Asparagus grows very fast and sometimes has to be picked twice a day; however, they try to pick it every other day.

Picking the crop more will make it grow even faster.

“If you pick it then it wants to shoot up sooner."

He said the 12 acre plot of asparagus is a young field and the crop that is produced is very tender.

He attributes the flavor of the asparagus and success of the crop to the Michigan territory.

"We are just so diverse in the state, especially in the St. Joseph River area. We have the right minerals in the ground to make flavor and that's what most everybody doesn't have,” said Frank.

“People are realizing there's nothing better than coming out to the farm and getting it fresh.”