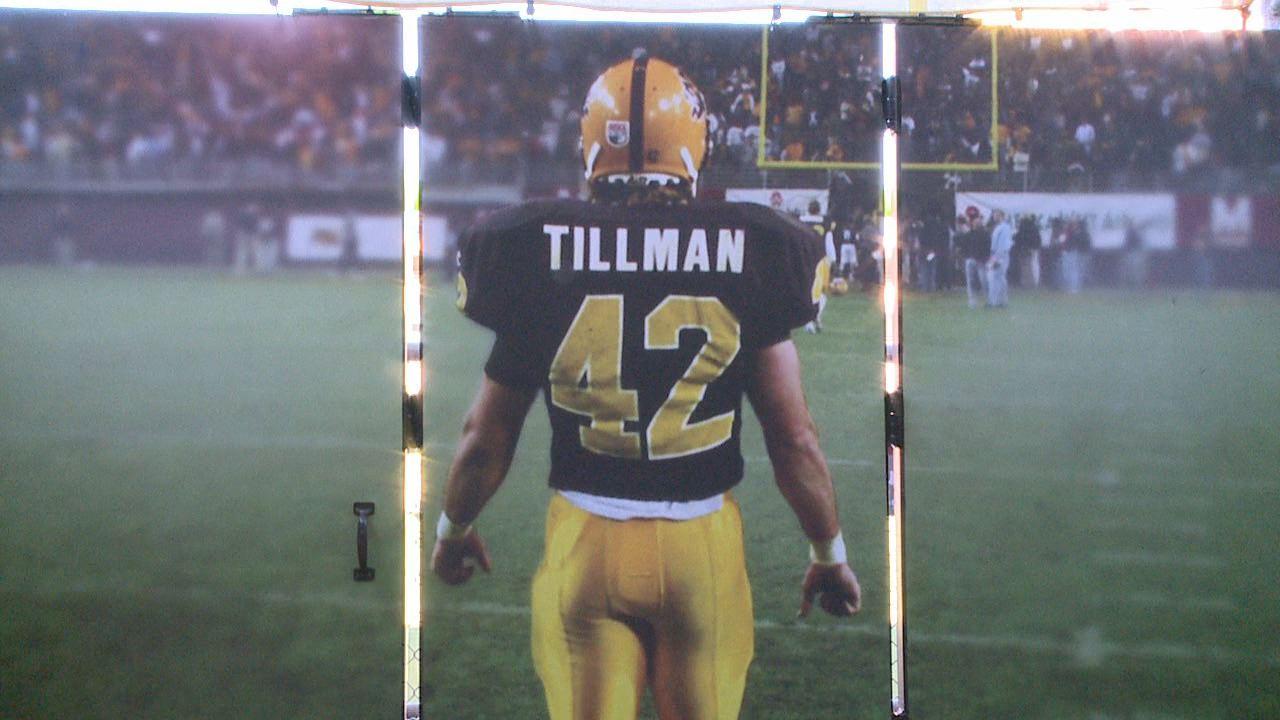 Arizona State University is honoring the men and women who serve our country on Saturday during its annual Salute to Service game.

The armed forces hold a special place in the Sun Devils' hearts after alum Pat Tillman's death in 2004.

The Arizona State linebacker and NFL safety is the last image the current ASU players see before they run out onto the field at Sun Devil Stadium.

The honorary-named Tillman Tunnel is where the team walks out of the locker room and then to the field while Tillman highlights play.

Tillman was a graduate of Arizona State and some of his personal belongings are still on display in ASU's Athletic Hall of Fame. He also played for the Arizona Cardinals.

After the September 11th attacks, Tillman gave up his job in the NFL to enlist in the U.S. Army.

He was killed in Afghanistan.

His alma mater now makes sure to honor all service personnel at every home game.

“We have an area of the stadium called the Honor Row we started this year where ASU Athletics is hosting 30 members of our armed forces from different services and their families to the game as our guest so we can salute them,” said  ASU Athletic Director and Vice President of University Athletics Ray Anderson.

On Saturday during the game against Notre Dame, Arizona State will wear special Desert Fuel uniforms to honor service members.

Anderson added the university is joining the country the entire month of November to honor veterans.