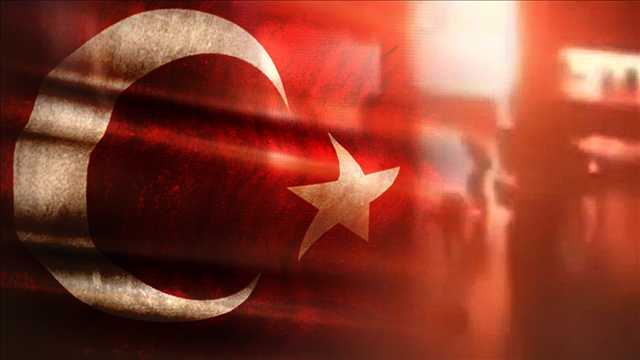 The explosions, one large blast followed by a smaller one, occurred after a football game, reported CNN Turkey.

"A car bomb" was the source of the explosions, according to Turkish state news agency TRT, citing Interior Minister Suleyman Soylu.

Bursaspor had played Besiktas in a Turkey League game at the stadium earlier the same day. The stadium is close to Taksim Square, a major tourist area in Istanbul.

TRT reported the blasts targeted police. However, no group has claimed responsibility for the attack.

Turkey has weathered a string of terror attacks over the past several years and is still reeling from a bloody, but failed attempt at a military coup in July.

President Recep Tayyip Erdogan declared a state of emergency following the coup attempt, as authorities carried out a large number of arrests.

ISIS is suspected in a June attack at Istanbul's Ataturk Airport that left 44 people dead, and an explosion at an August wedding in Gaziantep, not far from the border with Syria, that killed at least 54 people.

Meanwhile, Turkish security forces continue to clash on a nearly daily basis with Kurdistan Workers Party (PKK) militants, mostly in predominantly Kurdish parts of southeastern Turkey. The Turkish army suspects the PKK was behind a September car bombing in southeast Turkey that killed at least 18 people. Other attacks have targeted Turkish police and army assets.

Adding to the sense of vulnerability, conflicts in Iraq and Syria have spilled over into Turkey, contributing to a surge in violence on the home front. The country also struggles with the burden of hosting millions of Syrian and Iraqi refugees.

In late October, The US government ordered all civilian family members of its Istanbul consulate staff to leave Turkey because of increasing threats from terrorist organizations.

In March, the Pentagon ordered family members to leave Incirlik Airbase in southeast Turkey and the State Department ordered families of employees of the US consulate in Adana to evacuate.