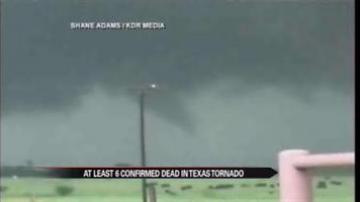 A spring tornado outbreak destroyed and damaged homes and injured dozens of people.

There were at least three confirmed tornados.

The worst hit city was Granbury about 45 minutes southwest of Fort Worth.

Officials there say a deadly tornado tore through two neighborhoods.