AT&T's WarnerMedia and Discovery are in talks about combining 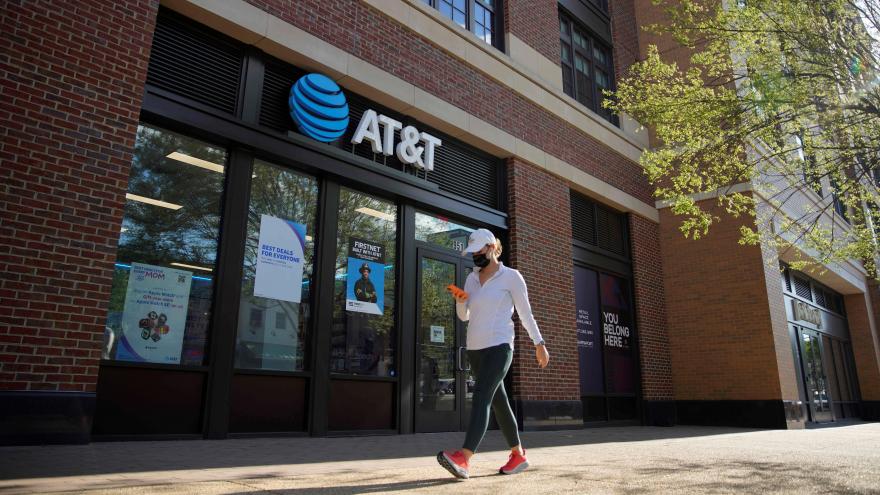 AT&T is in advanced talks with Discovery Communications about a deal that would combine two treasure troves of content in the streaming age. Photo: Ting Shen/Xinhua/Getty Images
Originally Published: 16 MAY 21 14:23 ET
By Brian Stelter, CNN Business

(CNN) -- AT&T is in advanced talks with Discovery Communications about a deal that would combine two treasure troves of content in the streaming age.

AT&T's WarnerMedia division, which includes CNN, would be paired with Discovery under a proposal that is being discussed behind closed doors this weekend, a source familiar with the matter said, confirming news first reported Sunday morning by Bloomberg.

If there are no last-minute snags, the deal could be announced as soon as Monday.

The mechanics and financial terms of the deal could not immediately be gleaned. Bloomberg said "the companies are still negotiating the structure of a transaction."

As is the norm during such negotiations, neither company had a comment about the reports on Sunday.

Prominent Wall Street analysts have been predicting, and in some cases encouraging, AT&T to spin or sell off WarnerMedia and focus on its wireless businesses. That would be an abrupt change for a company that only completed its acquisition of WarnerMedia three years ago.

WarnerMedia, known then as Time Warner, contained valuable assets like CNN, HBO, TNT, TBS, and the Warner Bros studio. Under AT&T, WarnerMedia has focused on the growth of its streaming service HBO Max, combining existing programming from HBO with new content from other parts of the media empire.

Discovery has also prioritized its own streaming platform, called discovery+, with nonfiction fare from Animal Planet, TLC, and the other channels it owns.

If the two media companies join forces, they may be better equipped to compete with the likes of Netflix and Disney.

Discovery CEO David Zaslav alluded to this very possibility in an interview with CNBC last December.

He predicted consolidation: "I think ultimately a lot of those companies are going to realize, 'I don't have enough.' And then they're going to say, 'Who can we merge with or who can we do a deal with? And if we put together our IP, maybe we can compete with Disney.'"

In the interview, Zaslav also complimented AT&T CEO John Stankey and WarnerMedia CEO Jason Kilar, saying "they're super smart guys" and "they've got a lot of great assets there."

For the time being, the Warner-Discovery talks have resulted in more questions than answers: Could other bidders come into play? Who would run the combined content powerhouse? Would CNN remain in the mix with the entertainment brands, or could it be sold?

The people who know aren't ready to say quite yet.