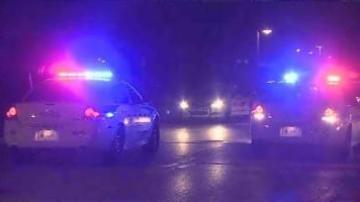 It started around midnight Tuesday on West Prast Boulevard and ended near the intersection off Jefferson and Chapin streets. The initial 911 call was about a group of people circling a house on West Prast Street and acting suspicious.

According to police, the officer who used his car to stop the chase used a PIT maneuver. Before the chase, three people inside the car took off on foot. Two were caught.

They also found a gun inside the car after they arrested the man inside.

Juvell Jordan has been charged with resisting law enforcement and disorderly conduct.