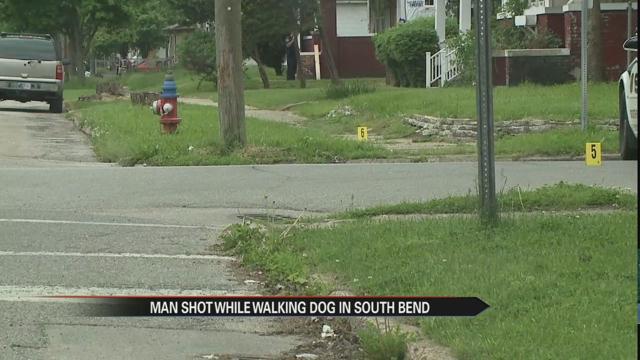 South Bend police say three men approached a man who was walking his dog and tried to rob him. The situation quickly escalated from there, and that's when shots were fired.

"And he had been shot in the groin area," said Sgt.  Chuck Stokes of the South Bend Police Department. "According to our victim he was walking his dogs in 1000 block of North Cleveland, he was approached by three men who announced a robbery, the victim told them he had no money, and they shot him anyway." He says the gunshot victim made it to his home and called the police.

Police say the male victim was taken to South Bend Memorial Hospital and is expected to make a full recovery.

Police say they are still looking for witnesses to this shooting.

If you have any information regarding this shooting, you can call an anonymous tip line.