Attorney speaks out after Niles woman overdosed in prison 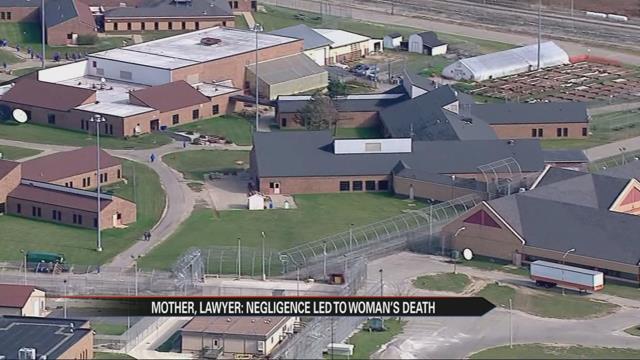 An attorney representing Kayla Miller's family is speaking out after she died of a heroin overdose in prison.

Miller was just 25-years-old and leaves behind three children under the age of 9.

According to Michigan State Police, the suspect who was caught on camera bringing heroin to the Hurron Valley Correctional Facility has not been arrested.

The critical incident report released by the Michigan Department of Corrections outlines that a man with the last name “Lingle” was caught on camera handing heroin to Miller.

Mary Sanders said, "If he did it, which we don’t know. But he was a family friend. He was somebody that we wouldn’t think that he would actually try to do that, take drug to a prison and he did.”

Miller's mom said they are developing an estate as their first step to seeking litigation.

Sanders said, “I want justice for my daughter. For her children. But most of all I wanted to make sure that it doesn’t happen to anyone else.”

Sanders feels the prison system failed her daughter, and she wants to put a stop to the breakdown before someone else dies behind bars.

Sanders said, “I was basically contacted by inmates on my daughter’s death before I was contacted by the prison itself. I feel they failed my daughter. They failed to protect her and I’m in awe at the whole situation.”

Attorney Sean Drew said Miller's death is a result of negligence by guards and medical personnel at the prison.

Drew said, “From my understanding it would be hours that she was under the influence of drugs, minutes when it became a crisis.”

Drew is conducting his own investigation. He said inmates in the jail recall that Miller was in her cell overdosing for a long period of time. He couldn’t specify the exact length.

Drew said, “Their version of events markedly differs form the initial incident report that was recently released. Both as to the timeline and what efforts were made to revive the deceased.”

But the jail incident report suggests guards were there in mere minutes. He said they plan to pursue civil legal action once the investigation is complete so they have more information.

Drew said, “They didn’t ask to have the cover removed, they didn’t enter the cell. And once the event occurred where a fellow inmate is the one that 911 emergency tried to get help and no help came.”

Drew has first-chaired other cases against jails involving negligent medical care where his clients have been awarded millions of dollars.

Drew said, "This isn’t the first time that heroin has come into that facility or other narcotics. This was not some major fluke and everyone’s shocked that it happened. There’s a pattern that was established beforehand.”

The Washtenaw County prosecutor said they are reviewing the case and waiting on the Michigan State Police to wrap up their investigation.