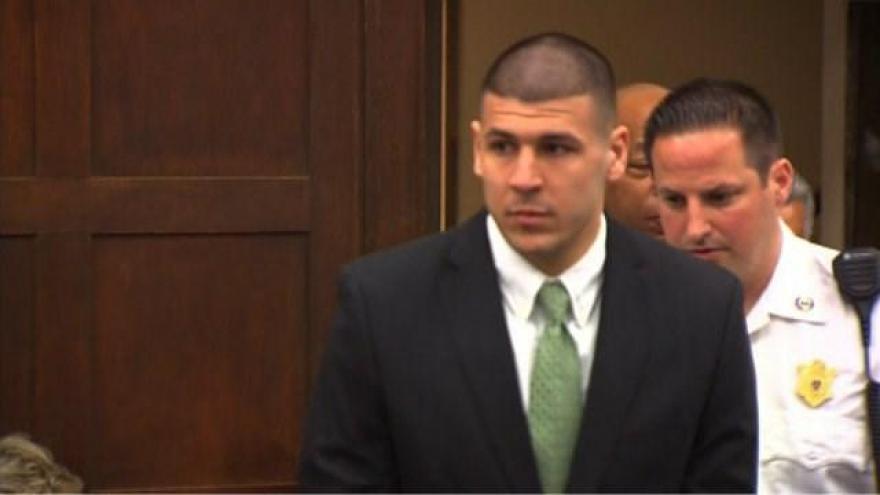 According to a statement from BU, Hernandez's brain was examined by Dr. Ann McKee, director of the CTE Center. The neurodegenerative brain disease has Alzheimer's-like symptoms, including memory loss, confusion, aggression, rage and, at times, suicidal behavior. It is believed to result from repeated trauma to the head, which results in a buildup of the abnormal protein tau that clumps in the brain.

The disease is categorized in four degrees, with Stage 4 being the most severe. According to McKee's analysis, Hernandez was found to have Stage 3 CTE, which is commonly associated with cognitive and memory loss, as well as behavioral changes and impaired judgment. Hernandez was found to have early degeneration of brain cells and large tears in the septum pellucidum, a central membrane of the brain.

The initial examination was confirmed by a second neuropathologist at Boston University.

CTE can be diagnosed only after death. Researchers are working on ways to detect it in the living, with the hope of being able to treat it one day.

Hernandez hanged himself in prison in April. He was 27.

"Aaron suffered from a severe case of CTE," Baez said. "Not only were the results positive, but we're told that it was the most severe case they had ever seen for someone of Aaron's age."

A representative for Boston University's CTE Center did not confirm to CNN that it was the most severe case it had seen and said, "We have nothing further to add."

A federal lawsuit suing the National Football League and the New England Patriots was filed Thursday by Shayanna Jenkins Hernandez, Hernandez's fiancee, on behalf of their daughter, Avielle. The lawsuit seeks $20 million.

The NFL said it cannot comment about the lawsuit at this time. The Patriots have not responded to a request for comment.

CTE has been detected in veterans, as well as players of other contact sports; however, it has become most associated with football. It has been diagnosed in San Diego Charger and Hall of Famer Junior Seau, as well as the Philadelphia Eagles' Kevin Turner and the Oakland Raiders' Ken Stabler.