Auction to clear out Lunker's set for this weekend 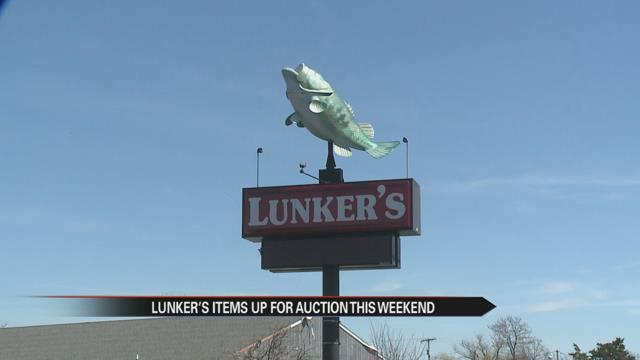 It’s been closed for nearly a year, but if you miss Lunker’s bait shop and Angler’s Inn Restaurant in Edwardsburg, you’ll have a chance to take home a piece of it this weekend.

Rudasics has owned Woods & Water Taxidermy in Edwardsburg for the last 25 years.

His business meshed well with next door neighbor Lunker’s, until the bait shop and its built-in restaurant suddenly closed last June.

“It’s just not a good thing for the community,” Rudasics said. “I look at an empty parking lot now and wonder what’s gonna go in there next.”

It’s still now known what’s going to replace Lunker’s, but a three-day auction is happening this weekend in an attempt to empty the building.

Pretty much everything once available in the store will be up for sale, because the shop has been frozen in time since its surprising close.

The auction starts at 10 a.m. on Saturday, Sunday and Monday.

Saturday will focus on guns, fishing and hunting gear.

Camping and display items will be featured Sunday.

And a variety of kitchen and restaurant equipment will be up for grabs Monday.

If you’re looking for some real estate, the 50,000 square foot building and the 8 acres it sits on will also be up for auction, you just need a $25,000 deposit to qualify.

Hundreds of people are expected to attend the auction, and Rudasics said he’ll be one of them.

“Yeah, I’m gonna attend because it’s there and [I’m] gonna say my goodbyes, I guess,” he said.

Saying goodbye is something many people are sure to be doing this weekend, because Lunker’s became a destination in the small village of Edwardsburg.

“It’s the end of an era, so to speak,” Rudasics said. “Lunker’s was a very special place in Michiana; it was one of a kind. I think it’s a great loss for the community.”

You can view pictures of everything available in this weekend’s auction here.