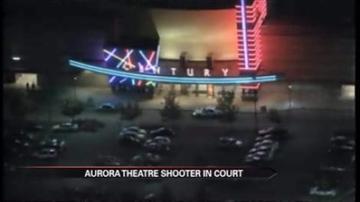 Prosecutors laid out part of their case against accused movie theater killer James Holmes in a Colorado courtroom.

Holmes is accused of killing 12 people and wounding 58 others in the rampage.

Monday, a police officer testified that Holmes was standing emotionless by his car in the theater parking lot when they found him.

Cameras were not allowed in the courtroom.

Victim's families were there and heard evidence for the first time.

"It's like you almost have to face the devil as opposed to saying I don't want to know," said Mary Ellen Hansen, aunt of victim.

Holmes faces 166 counts in connection with the crime. The hearing is expected to last much of this week.