Austin bombs were 'meant to send a message,' authorities believe 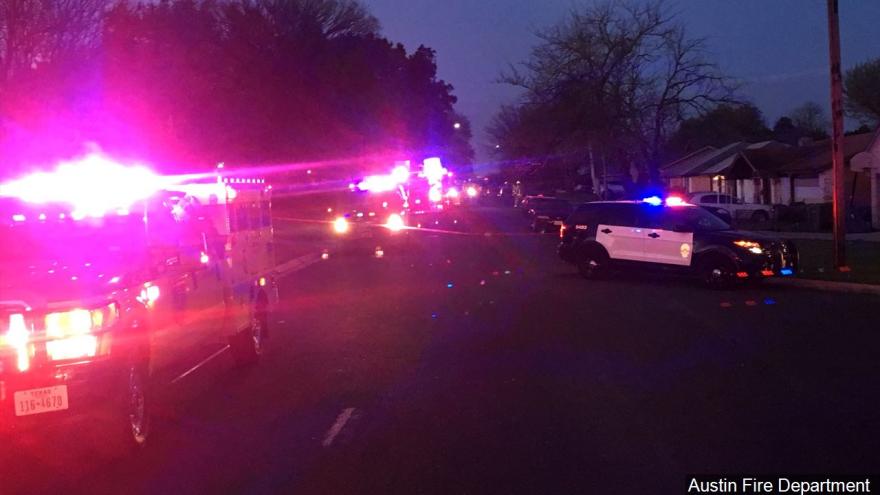 (CNN) -- Authorities continue to chase hundreds of leads in an effort to find the person responsible for three package bombs that have rocked Austin, Texas, this month, killing two and injuring two others.

The reward for information leading to the arrest of the person or persons responsible was increased to a total of $115,000, authorities announced Sunday. The FBI, the ATF and the Austin Police Department are now offering $100,000 for information in addition to $15,000 previously offered by Gov. Greg Abbott's office.

All the victims have been African-American or Hispanic, leading people of color in the community to feel threatened. Police have not yet discovered a motive, but have not ruled out the possibility the bombs could be hate crimes.

Another explosion struck the city Sunday night, that left two men with serious but not life-threatening injuries.

The latest explosion could have been triggered by a tripwire, said Austin Police Chief Brian Manley.

He said "it's very possible" that the device "was activated by someone either handling, kicking or coming into contact with a tripwire that activated the device."

Authorities are working under the belief that the latest incident is connected to the previous three explosions in the city, Manley said.

Hours before the most recent explosion, Manley said in a news conference on Sunday: "We believe that the recent explosive incidents that have occurred in the city of Austin were meant to send a message."

Manley then spoke directly to the person behind the explosions.

"These events in Austin have garnered worldwide attention and we assure you that we are listening," he said. "We want to understand what brought you to this point and we want to listen to you."

Authorities continue to ask for the community's assistance in the investigation, urging Austin residents to call tips in to the police department, even if the information is seemingly "inconsequential."

More than 500 federal agents from the FBI, the ATF and other agencies are assisting Austin Police, Manley said. To date, 435 leads have been called in and are being followed-up on and 236 people have been interviewed. Authorities have also responded to 735 calls of suspicious packages since the explosions.

Based on an analysis of evidence by the ATF, Manley said, authorities know the materials that were used to construct the bombs.

"So there's a lot more we know today that we didn't know early on," he said.

The first bomb exploded on March 2, killing 39-year-old Anthony Stephan House, an African-American man who picked up a package outside his home in north Austin. At the time, investigators believed it was an isolated incident.

But on Sunday, Manley said officials handling the investigation of the initial explosion didn't realize it "was part of a larger plan."

"We simply did not have anything available to use that day to make us believe that this would happen again in our community and would be linked to the two additional bombs that took place on March 12," he said.

That was the day two more bombs went off in the eastern part of the city.

Someone found the package on the doorstep and brought it into the kitchen, where it exploded. Mason's mother suffered non-life threatening injuries.

Then around noon, another explosion injured a 75-year-old Hispanic woman after she discovered a package on her porch and picked it up, though police have said it wasn't clear if she was the intended target.

None of the packages was delivered by the US Postal Service or delivery services like UPS or FedEx, police have said. All were placed in front of the residents' houses in the overnight hours.