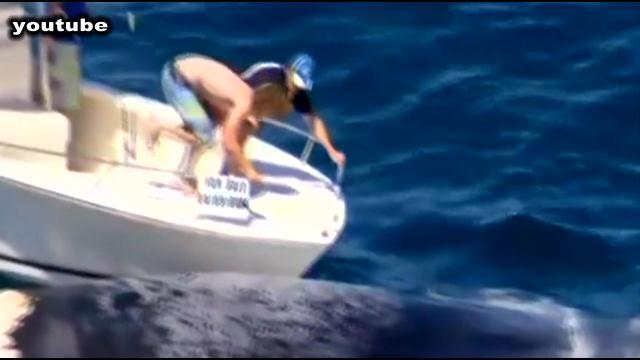 It is video making waves across the web and simultaneously making folks cringe.

Harrison Williams, 26, jumped onto a dead whale that was being circled by sharks.

The Australian is now saying he did something pretty stupid.

He said his friend thought it would be pretty funny to "surf" the whale.

According to Australia's Seven Network, Williams says he saw sharks chomping away and decided to jump anyway.

Now he is saying he would not do it again and his parents are not proud of his decision.