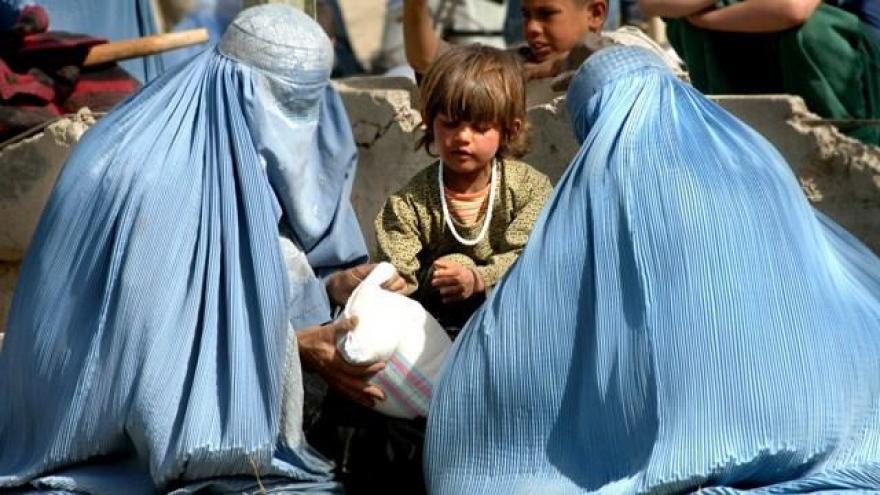 (CNN) -- The Austrian government has announced plans to ban the full-face Islamic veil in public, part of a raft of measures to contain the rise of the far-right Freedom Party.

The plan -- which would ban the burqa, niqab and other face-covering veils -- echoes calls that German Chancellor Angela Merkel made last month for a similar ban in Germany.

It also comes amid growing concerns of harassment against Muslims around the world following US President Donald Trump's temporary ban on citizens from some Muslim-majority countries entering the United States.

The Social Democratic and Austrian People's parties, which rule in a coalition, released a 35-page document outlining their vision for Austria as an "open society that requires open communication."

"Full-face veils in public places are the opposite of that and will be banned," the document said.

Any ban would need the Austrian Parliament's approval to be enforced.

The document says that Austria was introducing the reforms to ensure the "state presents itself in a world-open and religiously neutral manner," adding that civil servants in uniform as well as judges and prosecutors should show religious neutrality in the way they dress in public, effectively banning them from wearing Islamic headscarves.

The announcement was met with a backlash from Islamic groups and Austrian Muslims, who slammed the plan as discriminatory.

"It is saddening. This is a setback for Austria, for our democracy and for our understanding of diversity," said Amani Abu Zahra from the Islamic religion department at the University for Teacher Education of Christian Churches.

Tarafa Baghajati, chair of the Austrian Muslim Initiative, said that while he didn't necessarily agree with the full-face veil, he considered an outright ban "counterproductive."

The government will also try to force asylum-seekers and some migrants to sign an "integration contract and a declaration of values" and agree to "strict sanctions" if the contract is violated. It will seek to reinforce border controls, increase police presence and tighten asylum procedures.

The document is an 18-month plan that will take the government, led by Chancellor Christian Kern, up to the next elections, likely to be held in 2018.

The ruling parties are facing a rapid rise in popularity of the far-right, Euroskeptic Freedom Party, which has campaigned against what it sees as the Islamization of the country, calling for "zero migration" and a boost to border security.

France became the first European country to ban the full-face veil officially in 2010. Bans are also in place in Belgium and some parts of Switzerland, while other European countries have debated the issue.