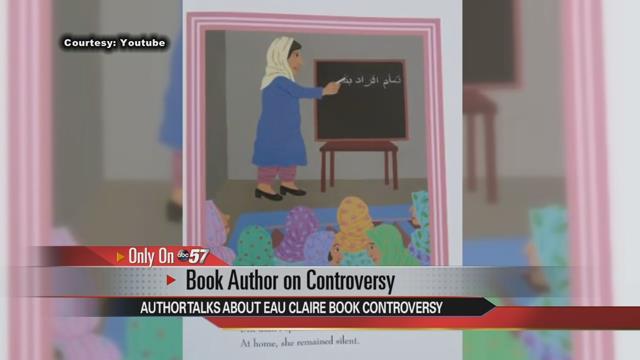 In October, a book about a Muslim girl in Taliban-controlled territory was added to the curriculum for Eau Claire schools.

Jeanette Winter is the author of a book titled Nasreen’s Secret School and while the book is under scrutiny for fear that it teaches religion, she says her book is a lesson on courage.

“I really don’t understand how the religion part got into Nasreen’s Secret School,” said Winter.

Some parents argue the book teaches religion and is inappropriate for younger students.

Winter says she wrote Nasreen’s Secret School to drive home the values of courage and bravery which she says any third grader could relate to.

“I mean the child in this book was probably around the age of a third grader, she was living this, this was her life, and so the idea that a child in this country couldn’t understand that is I think it’s selling our children short,” said Winter.

On Wednesday, Eau Claire parents met with school board officials.

Some parents told ABC 57 News, students had been asked to memorize an Islamic prayer from the book.

But according to Winter, it was education, and not religion, that drove her to write this book.

“The group that is behind the secrets in Afghanistan and Herat, that was the story that really caught me, I spoke with the woman who started these secret schools, and I did want to tell that story and I thought it was an important story,” said Winter.

Winter also told ABC 57News that she’s never understood why so many of her books make people uneasy but she says her job is to write and illustrate and the rest is up to the people who read it.