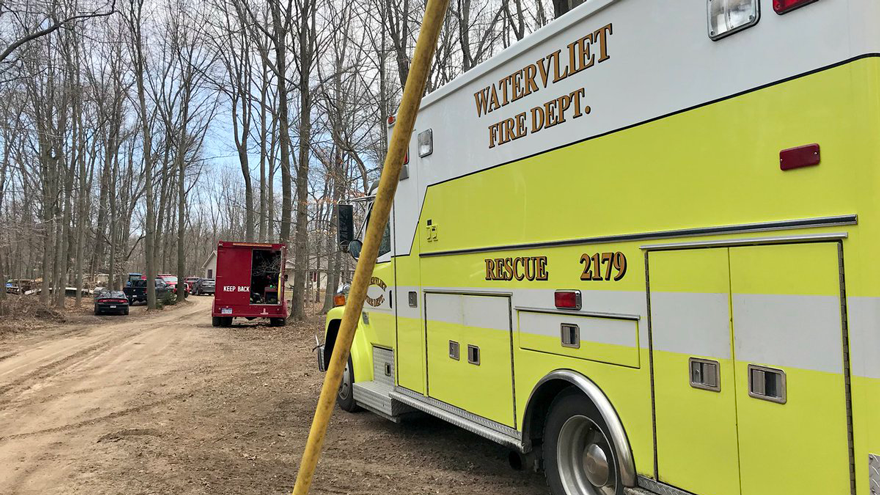 WATERVLIET TOWNSHIP, Mich. -- After 72 hours without a trace, rescue operations to find a Niles man who went missing while kayaking along the Paw Paw River Tuesday night, have now turned into a recovery mission.

Police say they were first called to a section of the river near Smith Boulevard in Watervliet shortly after 7 p.m. Tuesday night.

Authorities state 35-year-old Cory Wright disappeared after his kayak hit a log in the river.

Wright was with two other men, who were able to make it to land safely; one via kayak and the second swam due to being knocked out of his kayak by the same log as Wright.

"The river is probably three times its size and we have a lot of water that's out of the banks," said Dan Jones, the chief of Watervliet's fire department. "We've got a lot of entanglement. We've got a lot of log jams that we have to eliminate one by one with either hands or feet or by visually inspecting them."

Multiple resources were used in the initial search, including the Berrien County Sheriff's Office Dive Team, a personal aircraft flown by a local firefighter’s father, and a drone operated by an Elkhart firefighter.

Chief Dan Jones said crews worked until 11:30 Tuesday night to find the kayaker, before stopping and continuing on Wednesday morning.

First responders set up a command center on a residential property near Smith Boulevard on Wednesday, which is where Jones helped direct the search of the chilly, fast moving water.

Jones established the main search area as Watervliet and close-by Coloma, and didn't initially think that Wright could have drifted much farther.

As of Thursday Lt. Martin Kurtz was named leader of the search efforts.

Kurtz stated the difficulty of the search due to high and swift water levels.

According to Berrien County officials the search has turned into a recovery effort as of Friday night.